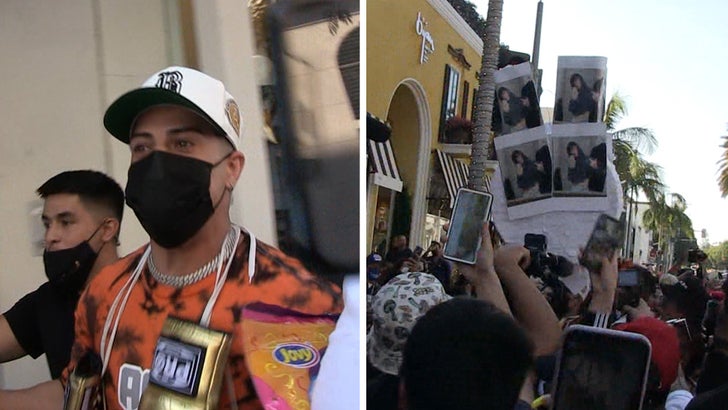 YouTube star Austin McBroom staged a wild event in Bev Hills Saturday … and he had a target in mind — fellow TikToker Bryce Hall.

Austin told his fans on social he’d meet up with them on Rodeo Drive at around 4 PM. There was no question hundreds of fans would flock to the pricey stretch of road … and that’s exactly what they did.

The scene was crazy … Austin displayed a piñata with Bryce Hall’s face on it … and there’s a reason. Austin and Bryce are going to square off in a fight June 12 in Miami at Hard Rock Stadium, and it’s clear they’re both out for blood.

See also  I Can Do Without S*x For Two Years – Actor, Mr Ibu Reveals

You may have seen … the 2 got into it in what turned into a massive brawl earlier this month at Fred Segal’s in L.A.

As for Rodeo Drive … they hoisted the pinata with a rope, but before they could go to town cops showed up … because the crowd had essentially shut Rodeo Drive down. The crowd disbursed without incident.