Deeper Life Schoolboy, Don Davis’ mother, Mrs Deborah Okezie, who allegedly got molested in a Deeper Life School has recently taken to her Facebook page as she reacts against a lady identified as Imaobong. 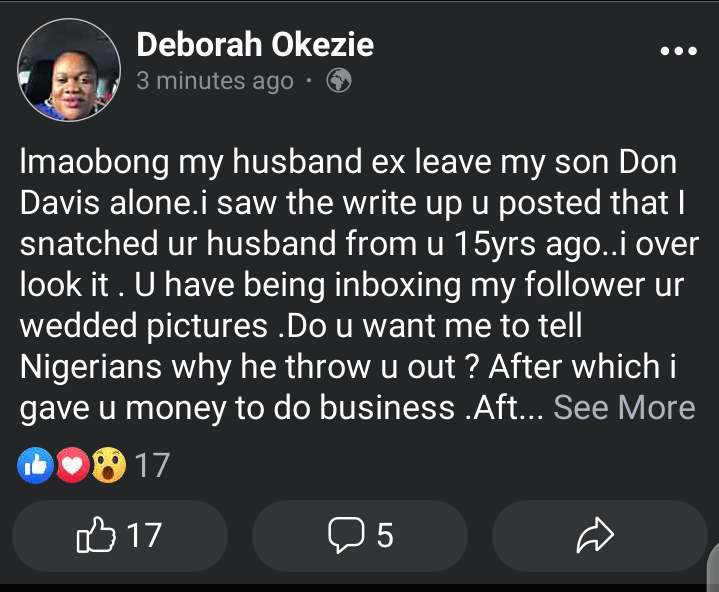 She was focused on the fact that the lady had earlier accused her of snatching her husband from her since 15 years ago, but she ignored it. Mrs Deborah claims that the lady is now inboxing her Facebook followers and sending the pictures of her wedding to them. 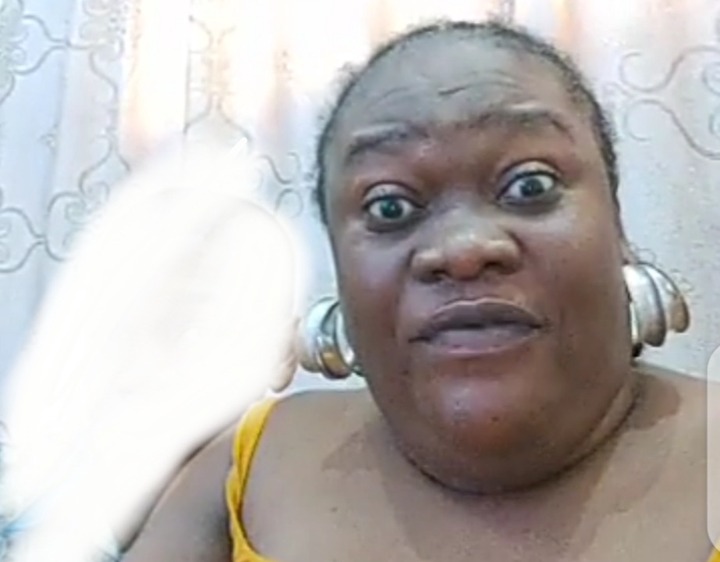 Mrs Deborah threatens to tell the public why Imaobong’s husband threw her out of the house. She claims that she gave money to Imaobong and also assisted her when her elder brother was sick. Deborah urged her to be careful or else she will disclose her secrets to the public.

“Leave my son, Don Davis alone. I saw the write-up you posted that I snatched your husband from you 15yrs ago, I overlook it. You have being inboxing my follower your wedded pictures. Do you want me to tell Nigerians why he threw you out?

“After which I gave you money to do business, after you left your elder brother became sick, I assisted you. For the past 15yrs you have been in the life of other men. Why did you choose to make a public show of yourself with Don Davies case?

“Please be warned don’t let me dry your clothes outside!, respect your old age, let me remind you here that I am legally married. Keep to the order the court gave” — Mrs. Deborah Okezie Stated. 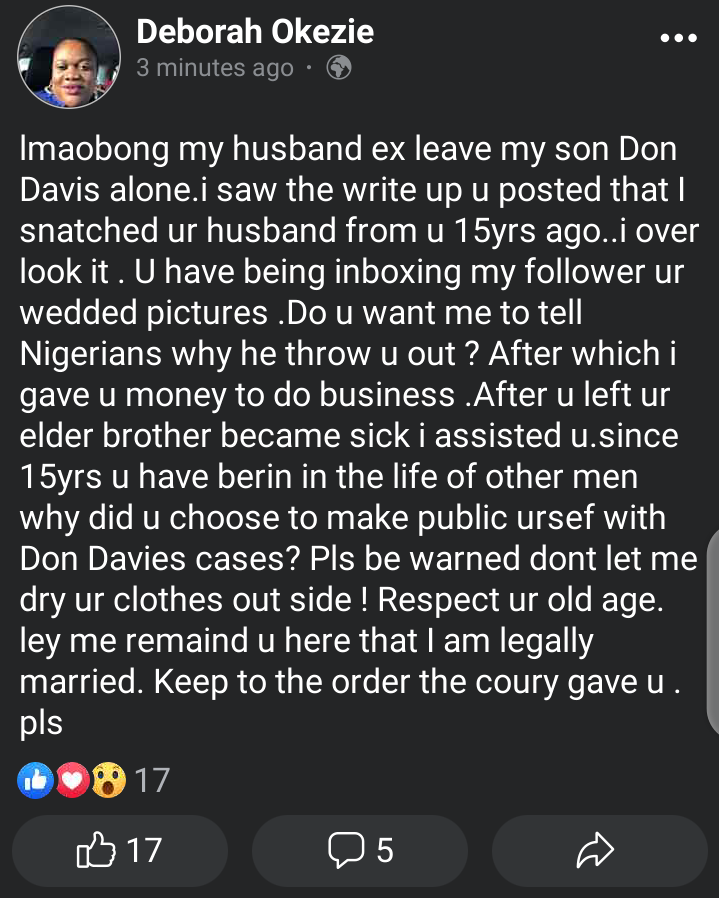 The accusation was first made open to the public through a Facebook user identified as Eno Patrick, she claimed that her friend’s husband was snatched away by Mrs Deborah Okezie.

The merge photo above discloses the picture of a Facebook user who claims that Imaobong’s husband was snatched but pictures of Imaobong haven’t been disclosed at the moment.