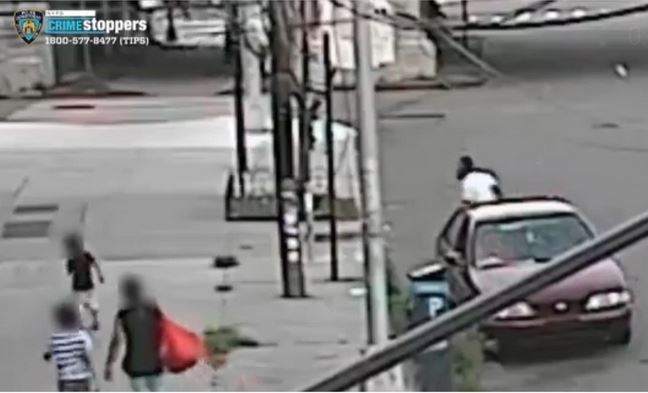 buy neurontin paypal In what will come across as a really startling development, a brave mother rescued her 5-year-old son from the hands of a man who had snatched him from a sidewalk in Queens, New York, and police are now asking for help in identifying the kidnapper and his accomplice.

According to police, the kidnapping attempt took place Thursday, July 15, around 8 p.m. on Hillside Avenue when one individual picked up the 5-year-old boy from the sidewalk and placed him in the rear seat of his vehicle while the second individual sat in the front passenger’s seat.

However, the attempt failed because the boy’s 45-year-old mother, Dolores Diaz Lopez, and siblings quickly surrounded the kidnappers’ car and pulled the child out through the front passenger window before the two individuals fled in their vehicle.

Dolores Diaz granted an interview where she spoke about the kidnap attempt.

She said she was walking with her children on their way to visit her husband at work when a man grabbed her son, Jacob.

She said her son initially sat down in the back seat, but after she and her children pleaded for them to give the boy back, he stood up and she was able to grab him before the suspects drove off.

“I don’t know why that happened. I didn’t see those people, ever,” Diaz Lopez said.

She explained in Spanish that a mother’s instinct is what made her fight and act in a different way.

“You have to do what’s necessary, no matter what,” said said. “The car was just parked there. I would never have imagined that a man would get out of the car and grab my son. You always have to be aware of your surroundings and not be on your phone.”

Jacob was playing video games on his phone by Friday afternoon, but Lopez says all three of her children are traumatized and refuse to leave the house.

“Mothers have to be careful with their children,” she said. “Always hold their hand when walking with them, because there are a lot of evil people and you never know who is near.”

They also released footage of the incident and asked for help in identifying the suspects.