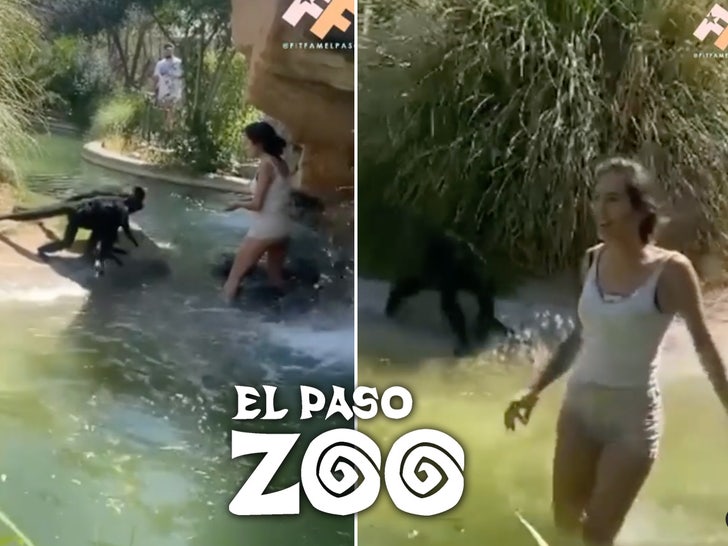 The woman who jumped into a spider monkey enclosure at the El Paso Zoo might wanna see if the zoo’s hiring — because she’s been fired from her job as a litigation assistant.

The Lovett Law Firm in El Paso told KVIA they recognized the woman, Lucy Rae, as one of their employees at the firm’s personal injury division and fired her on Monday after identifying her as the trespasser.

A spokesperson reportedly said it does not condone her actions nor had any advanced knowledge of her intentions. Translation: She embarrassed the firm, so she’s gotta go.

Rae’s actions were described as “stupid and lucky” by the zoo’s director because the monkeys could have done substantial damage. Rae jumped into the monkey pen over the weekend and fed Hot Cheetos to 2 monkeys, Libby and Sunday.

The zookeeper said Rae didn’t just put herself in danger, but she also put the monkeys in danger because they’re on a specialized diet, and the Hot Cheetos could cause stomach problems and bowel disruptions — and who’s gonna clean that up??!!

The zoo has filed a complaint with police and the case is under investigation. Lesson here … leave the monkeyin’ around to the monkeys.