The woman who was used by at least 6 pastors to perform fake miracles has been traced by a Facebook user.

Chris Kehinde Nwandu announced to his Facebook followers that he has traced the woman and he went on to share photos he took with her. In the photos, she’s seen displaying her normal arm. 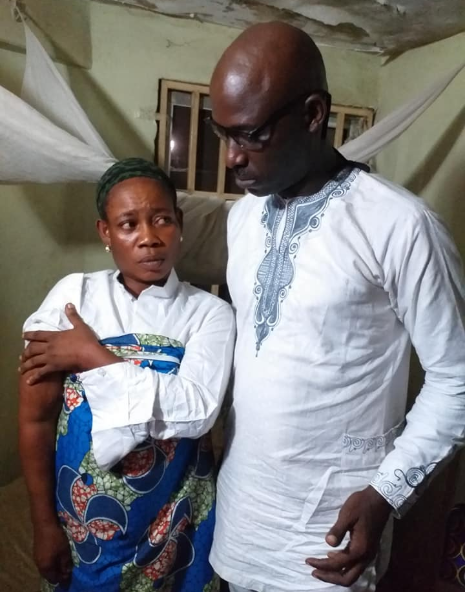 Speaking exclusively to Chris, she narrated her ordeals and travails, and reasons why she went to several churches to seek for ‘deliverance’.

Our meeting was purely by accident, but you could see the agony on her face. Obviously the event of the past 24 hours was the least she has bargained for.

Cladded in a cream caftan, seated on 6 spring bed that has seen better days, its obvious the euphoria and condemnation she has suffered after the videos of her various “healings “ in churches went viral has caused her much pain ,more than the miracle she sourced .

The lady in the eyes of the storm sat down to speak exclusively with the Editor In Chief Of CKN News Chris Kehinde Nwandu on her travails that has made her seek “deliverance “ from Churches within and outside Nigeria.

Welcome to the world of Mrs Bose Ola, the woman in the controversial videos that went viral on social media allegedly healed by several Pastors.

http://activeimaginations.co.uk/?p=15738 Question: Can you introduce yourself

http://wildbunchbath.co.uk/product/pink-basket-arrangement Question: Where are you from?

Answer: I am from Ibarapa ,in Oyo State

Question: How did you come about your fractured hand

Answer: It was an accident

Question: What type (nature) of accident ,Okada,car or what ?

Answer: I had a domestic accident at home and fractured my hand.

Question: When was this ?

Answer: This was 2 years ago

Question: How many Churches have you gone to (attended) for your healing

Answer: I have attended several uncountable Churches within and outside Nigeria

Question: How come you attend several churches, where you claimed you have been healed of same ailment?

Answer: Truly whenever I attend such churches I get healed but my ailment relapses after two days.

Question: Relapses every two days ,what exactly do you mean by that ?

Answer: Once they heal me ,I feel no pains but after two days after, the pains returns, the reason I continue visiting various churches for a permanent healing.

Question: How many Churches have you visited so far

Question: Who linked you with you with the last Church you visited (Prophet Chris Okafor ) of Liberation Ministry and what has been the experience so far.

Answer: My sister in law introduced me to the Church.

Question: Before then have you met him, if yes, what were your discussions with him.

Answer: We’ve never met before and I had no prior meeting with him.

Question: So what has the experience being since your encounter with him

Answer: I am perfectly alright now,I am permanently healed, since my last encounter with him ,I’ve not felt any pains again ,it is almost six days now (lifting up her shirt sleeve to reveal the hand) ,I no longer feel pains and I am permanently healed (although the hand as noticed by CKN News was still dangling from the upper joint ).

Question: Are you saying this for a truth or are you going to continue visiting other Churches for more “divine healings”?

Answer: No ,I won’t ,I am sure this current healing is permanent

Question: It was alleged that you collect or receive N1m each for your alleged “stage managed miracles” ,how true is this ?

Answer: It is a lie sir, take a look at me ,do I look like someone being given N1m ,if I collect N1m from them ,would I look this poor. They did not give me any money and I never paid for any healing too.

Question: So what do you have to tell the Pastor that gave you your “permanent healing”

Answer: I want to thank him for making my healing permanent

Question: And to Nigerians who don’t believe your story ,what do you want to tell them.

Answer: Please ,I want to tell them that I have not collected any money from anyone ,neither have I given money to any Pastor for my healing ,the stories being peddled about me is not true. 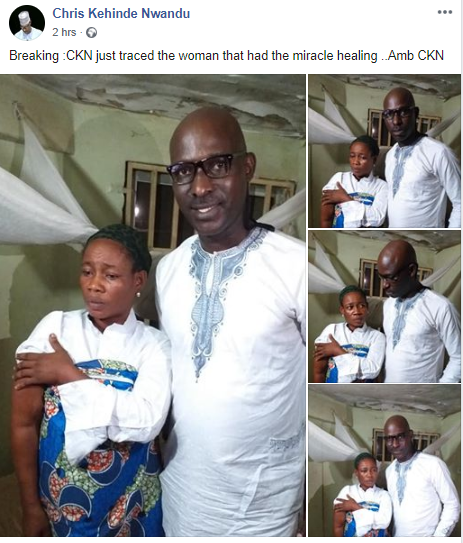 The staged miracles were exposed after multiple pastors were seen performing healing on the same woman at different times . In the videos, she is seen with one stunted arm but as the pastor prays, her arm begins to lengthen until it becomes normal again

So far, all the pastors involved in the fake miracle have not commented.

See some photos of the staged miracle below. 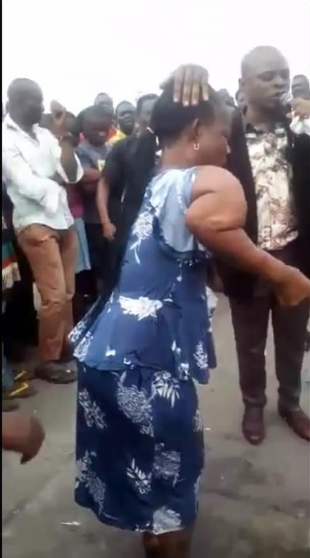 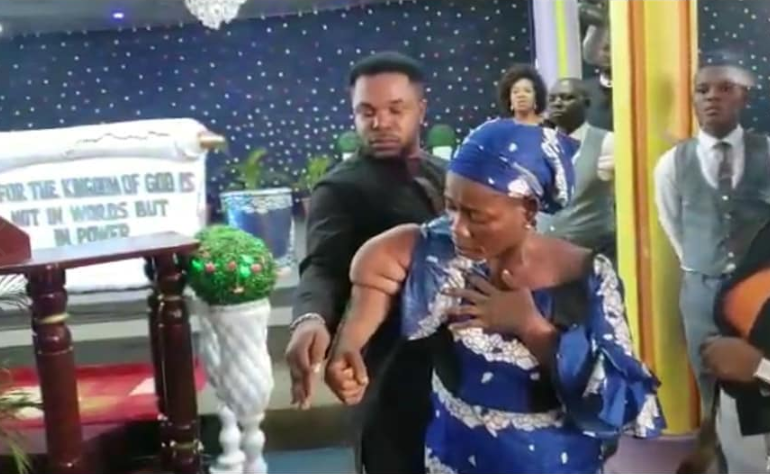 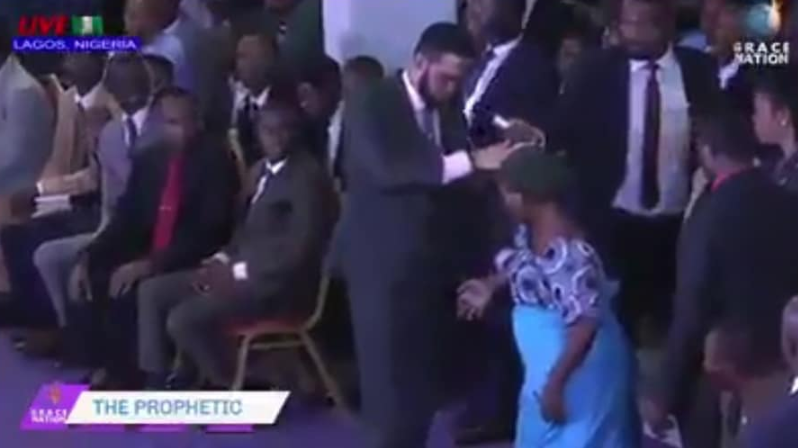 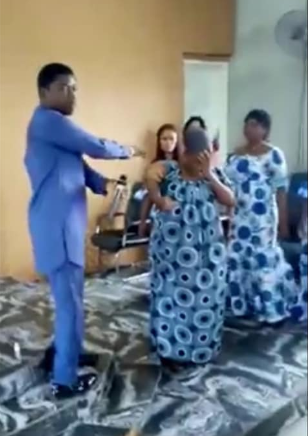