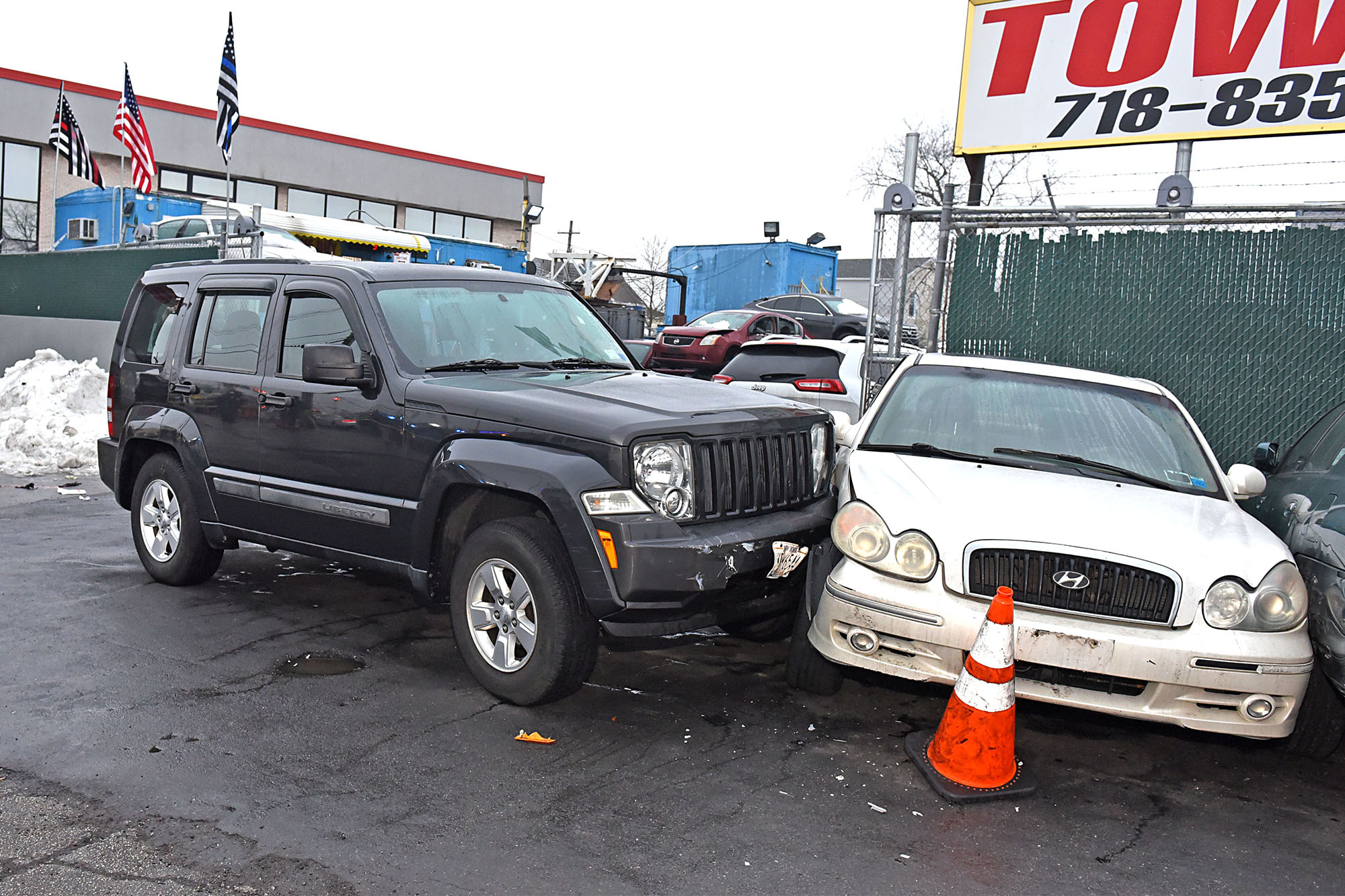 A 54-year-old woman was killed in a freak crash in Ozone Park Monday afternoon when a car wash employee driving an SUV struck her while pulling out of the business’s exit, police said.

The woman, whose name was not released, was waiting for workers to finish cleaning her car at the Cross Bay Boulevard business just after 2 p.m. when the 43-year-old man driving a gray Jeep Liberty hit her, according to cops.

The woman suffered “severe body trauma” and EMS rushed her to Jamaica Hospital — but she could not be saved, cops said.

The employee was taken into custody and charges were pending, an NYPD spokesman said.

After hitting the woman, the Jeep plowed into the side of a Hyundai, which remained on the scene hours after the crash. A pool of blood was also visible on the pavement.