The condo association at Champlain Towers South in Surfside, according to Jonah Handler’s lawsuit filed Thursday, was aware of past “widespread structural problems” at the building, as revealed in a scathing 2018 engineer’s assessment, according to the Miami Herald.
SLEEKGIST learnt that on June 24, Handler’s mother perished as a result of the building collapse.

The condo association allegedly knew the building was “structurally unstable, hazardous, and at great risk of collapse” before it collapsed, according to court documents.
According to the lawsuit, Handler, a student at Monsignor Edward Pace High School, survived the catastrophe but sustained serious injuries.

Family Alive from the rubble of Florida building collapse

The family of a teenager rescued alive from the rubble of a Florida building disaster last month filed a lawsuit alleging that their condo association knew the skyscraper was “at serious risk of collapse.” The teen sat “side by side” with his mother, Stacie Fang, 54, in her room in her 10th-floor condo as the building collapsed to the ground, the documents say.

“They fell into a free fall towards what they thought was certain death. Stacie and Jonah landed several floors below and miraculously were still alive, ”the lawsuit says. “First responders arrived at the scene and used Air Jacks to get Jonah out of the carnage.” 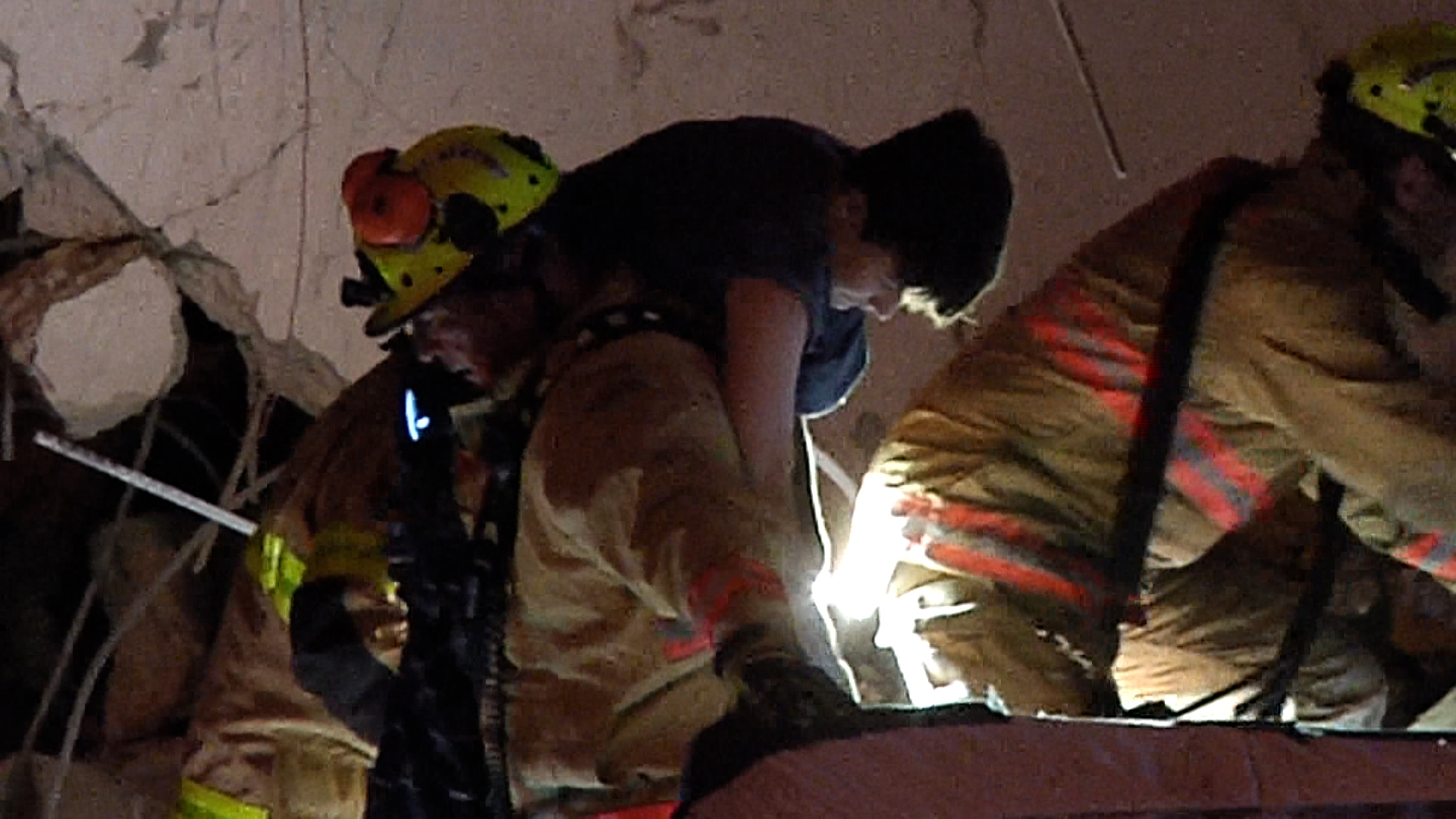 Fang was taken to a hospital, where she later died, according to the lawsuit. Meanwhile, the teenager suffered “pain and suffering, disability, disfigurement, mental anguish [and] loss of ability to enjoy life,” the lawsuit says.

He also incurred “expenses for hospitalization, medical treatment and nursing care [and] aggravation or acceleration of pre-existing injuries,” the documents state. The lawsuit was filed by Neil Handler, the teenager’s father, and Kevin Fang, his uncle.

Donna Becker, the attorney representing the owners of Champlain Towers South, did not immediately respond to the request for comment. The complaint cites the now infamous 2018 engineer report, commissioned by the condominium board, which recounted “widespread and significant structural damage” to the four-decade-old building. The condominium association “knew the building was structurally defective, unsafe and at serious risk of collapse,” according to the lawsuit by Miami firm Goldberg & Rosen.

The lawsuit was brought by Miami attorneys Todd Rosen and Judd Rosen, who led the lawsuits against Shuckers Bar & Grill, the North Bay Village restaurant where a terrace collapsed in 2013, dumping dozens into Biscayne Bay.

Hello, I’m Neil Handler, Jonah’s dad. This fundraiser is being created by myself, my fiancée Veronica Fiorini and the Fang Family for our beloved miracle boy Jonah in response to all the incredible love and support from his friends and community requesting to help him in this terribly tragic time of loss and much-needed healing.

As you can see in the attached video, Jonah was the first and possibly only survivor of the Miami Champlain Tower South condo collapse. As if that traumatic event is not enough for a young teenager to recover from, he also will be grieving the loss of his mother Stacie Fang on the road to healing and dealing with this trauma. Jonah is a sweet and caring boy with an incredible heart loved by everyone who knows him.

As we are here feeling completely humbled by God’s amazing grace sparing Jonah’s life in what has been an unfathomable and unprecedented tragedy, and help you provide Jonah and his family with will be used towards his medical expenses, mental health, his mom’s funeral expenses, replacing personal items lost in the debris, his emotional healing, and his future education and dreams. Your financial assistance will help him have the bright and awesome future he deserves. All funds received will be used for Jonah’s immediate physical needs and emotional recovery and the remainder will be placed in a trust for his college education.

About Harry Choms 3095 Articles
Harry Choms is a content writer who is passionate about ICT, entertainment, politics and social media trends. Harry holds a BSc in Geography & planning, a PGD in information Technology and an MSc in Computer science. When he is not writing, he is either checking out latest tech developments or reading.