Gladys Perez Sánchez, a native of Texas, was in Sabinas Hidalgo, Nuevo León, Mexico, visiting relatives.
SLEEKGIST learnt that her 16-year-old son, John Carlos González, and her 9-year-old daughter, Michelle Christina Duran, accompanied her.
Her family visited Nuevo León, where the trio was last seen.
They were traveling back in a yellow 2014 Chevrolet Sonic, according to reports. 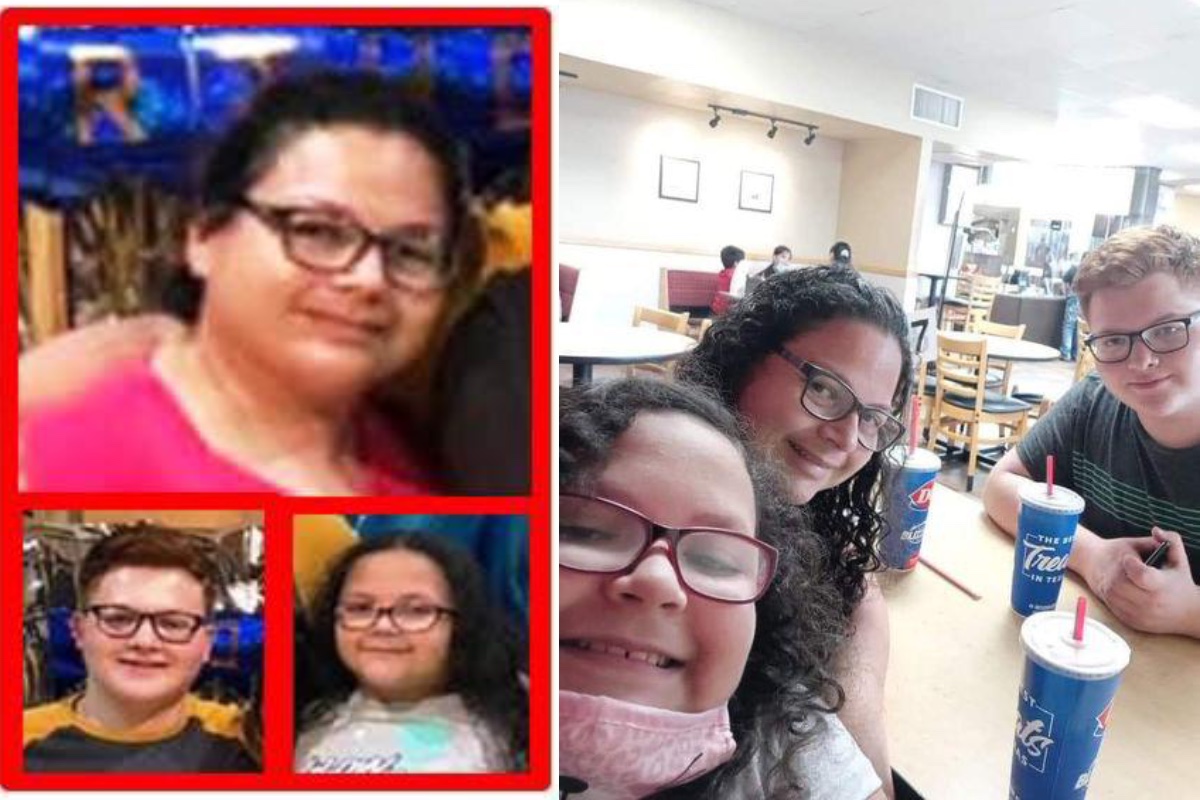 According to SLEEKGIST, the FBI has issued a notice of missing people in search of the family.
Call the FBI San Antonio at 210-225-6741 if you have any information regarding his whereabouts.

BREAKING: Laredo mom Gladys Perez Sanchez, 39, and her two children were last seen on June 13 after a visit with family members in Sabinas Hidalgo, Nuevo Leon. Please call the #FBI at 210-225-6741 with any information. pic.twitter.com/OnYonSSPGw

The FBI is seeking help from the public in finding a missing Laredo mother and her two children. According to a press release, the family was last seen on June 13 while visiting relatives in Sabinas Hidalgo, Nuevo León, approximately 136 kilometers south of Laredo.

The family left at approximately 3:40 p.m. in a yellow 2014 Chevrolet Sonic with Texas license plates NBX-4740 bound for Laredo. Investigators believe the family likely disappeared on the Monterrey-Nuevo Laredo highway at kilometer 100 in Vallecillo.

The mother, Gladys Cristina Pérez Sánchez, a 39-year-old employee of a Laredo school district, has brown eyes, long black hair, is approximately 5 feet tall, and weighs approximately 150 pounds. She was last seen in a green polo shirt and blue jeans.

See also  3 ways to make women addicted to you

Of the 50 people who disappeared in the past six months, only six men have reappeared. According to their accounts, they were stopped by armed men along the road who beat them and stole their cars. Many assume that the people who are still missing could have had encounters with similar groups of armed men, possibly belonging to drug cartels.

Mexican activists and concerned family members have expressed similarities between the current disappearances and the worst phase of Mexico’s drug war (2006-2012), when innocent people in the public were often targeted. “It is no longer between the cartels; they are attacking the public. “How could this be happening? Now we were supposed to have more (law enforcement) resources,” said Angélica Orozco, a member of the civic organization United Forces for Our Disappeared.

A shocking report has revealed that nearly 50 people, including six US citizens, have mysteriously disappeared in the past 6 months while traveling from the city of Monterrey in Mexico to the border city of Nuevo Laredo. The people reportedly disappeared while traveling the three-hour distance between the two cities. In fact, the route has been unofficially dubbed the ‘Highway of Death’ because of the surprisingly high number of disappearances.

At present, the search parties have been formed by volunteers and relatives of the missing persons. According to The Sun, most of the missing persons come from Monterrey in Nuevo León, while their destination city, Nuevo Laredo, is known for the activities of drug cartels. Among the missing US citizens, there is a 39-year-old mother from Texas and hers, her two sons, ages 9 and 16.

About Harry Choms 3095 Articles
Harry Choms is a content writer who is passionate about ICT, entertainment, politics and social media trends. Harry holds a BSc in Geography & planning, a PGD in information Technology and an MSc in Computer science. When he is not writing, he is either checking out latest tech developments or reading.