A popular Swiss woman, Nwanyiocha who is married to a Nigerian man has asked black women accusing her of ‘stealing’ her husband to leave her alone.

The mother of three who is married to Chief Ezenwa, from Isuofia in Anambra State took to her Facebook page to plead with black women to allow her rest.

According to her, it is the king who choose whom he crowns his queen.

“But black women accusing me of “stealing” their black man from them should get their facts straight: In Ala Igbo, the king chooses whom he crowns his queen – not the other way around! 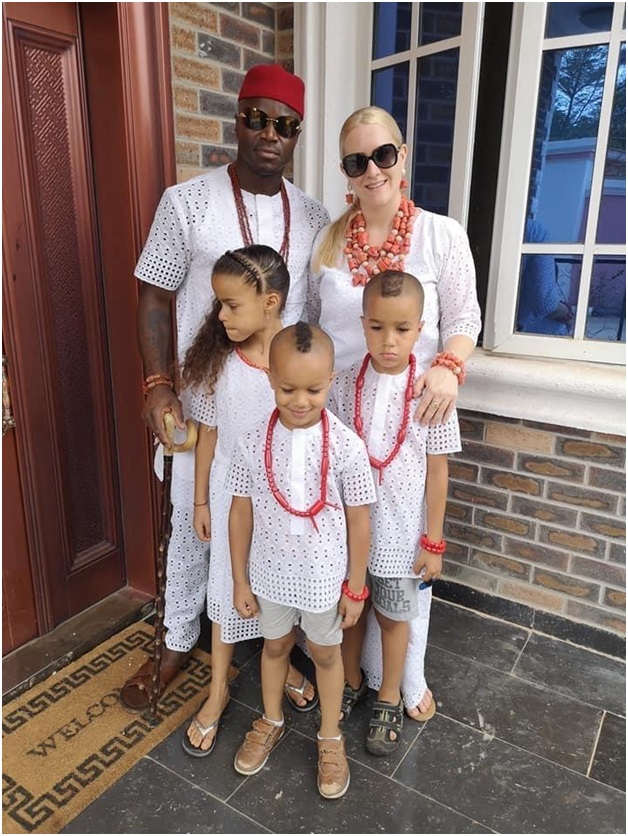 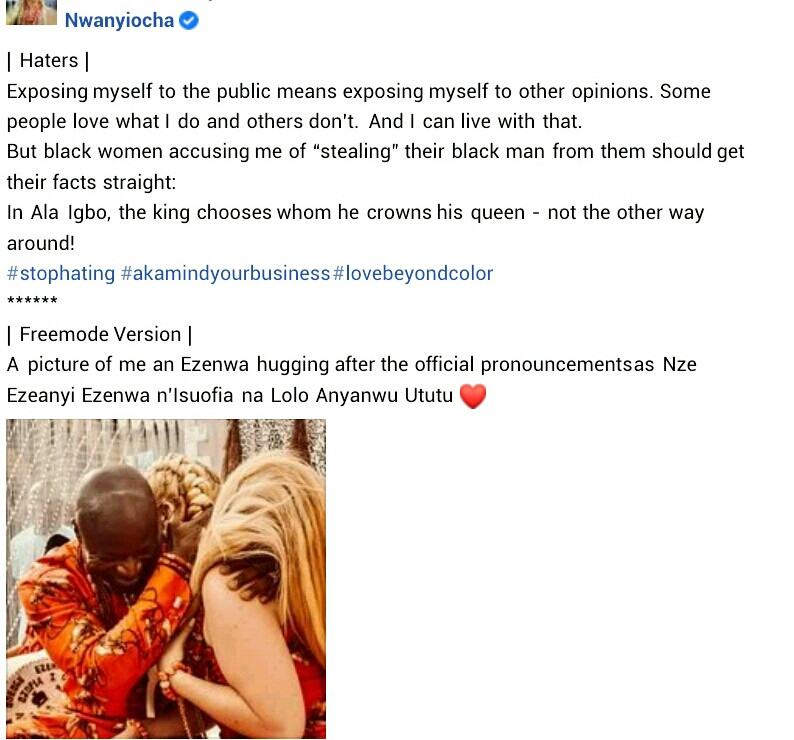