The topic of “Is Jesus God?” has always been a source of contention.
“Where in the Bible does he say he is God?” you might wonder.
Pastor Chris, a well-known pastor and televangelist, has responded to the query.
When a question was posed to him by a participant in one of his programs, he delivered his answers.

The person told him that he has some muslim friends who usually argue with him on Jesus being God, because, it is a popular belief among the Christians that Jesus is God himself. So, this person told Pastor Chris that his Muslim friends argue with him, they challenged him to bring out the scriptures in the bible, where Jesus said that he is God. He added that he went and check all over the bible, but, couldn’t get the answer, so he is asking Pastor Chris to tell him the answer.

See also  How does one deal with living with a cheating husband? 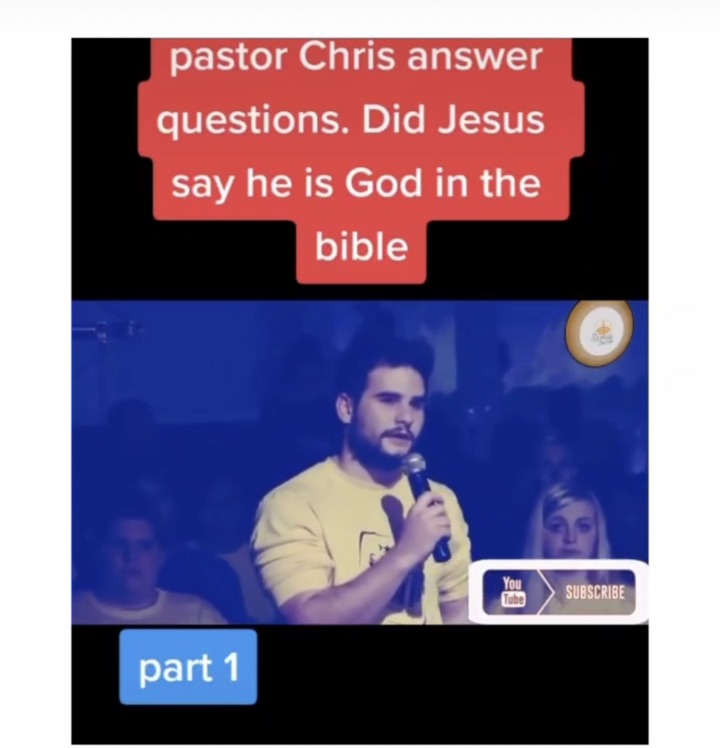 Pastor Chris answered this question, by examining some quotes, made by Jesus, in the bible. He started with chapter 14 of Saint John’s Gospel, from verse 1, which says that “Let not your hearts be troubled; believe in God, believe also in me. By this statement, Jesus is saying that he is God and whoever believes in God, also believes in him.

Pastor Chris also quoted the verse 6 of the chapter, where Jesus says that he is the way, the truth and the life; no one comes to the father but by him.

Here is also another statement of Jesus, where he claims oneness with God. Pastor Chris explained that using a definite article  “The” is to show that he is the “only” one.

Pastor Chris went further by quoting the verse 8 of the same chapter 14 of Saint John’s gospel.

Verse 8: Philip said, “Lord, show us the Father and that will be enough for us.”

Now, this is Phillip asking Jesus to show them the father he has been talking about.

Jesus answered him in chapter 9, asking Phillip that doesn’t he (Phillip) know him, even after he has been among them for a long time?

He added that anyone who has seen him has seen the father.

This is Jesus saying that whoever sees him, sees the father, which is God.