http://aandbeasymove.co.uk/category/staff-meetings Patience Ozokwo, the veteran NIgerian actress, who is popularly known as Mama G, has stated that she’s not afraid to look old and be old.

The Nollywood star took to her verified Instagram page on Saturday to share a picture of herself, stating that she counts her old age as a blessing.

According to Ozokwo, she gets comments about her old age but she’s not worried about people’s validation.

The 63-year-old actress wrote, “When did old age stop being a blessing? People do all manner of stuff to cover up aging – good for them!


“I own my age and experience with my full chest and count it an enormous blessing. Comments like ‘she now looks so old’, ‘she don old suddenly’, ‘she don old finish’, ‘Ahaa Mama what happened’, make me smile.


“Aging is not unattractive or undesirable. Life is fleeting. Enjoy the years you’ve been blessed with fully. I am not afraid to look/be old.

“I am not worried about being in any exclusive league or being validated by people’s opinion. Respect the elderly.” 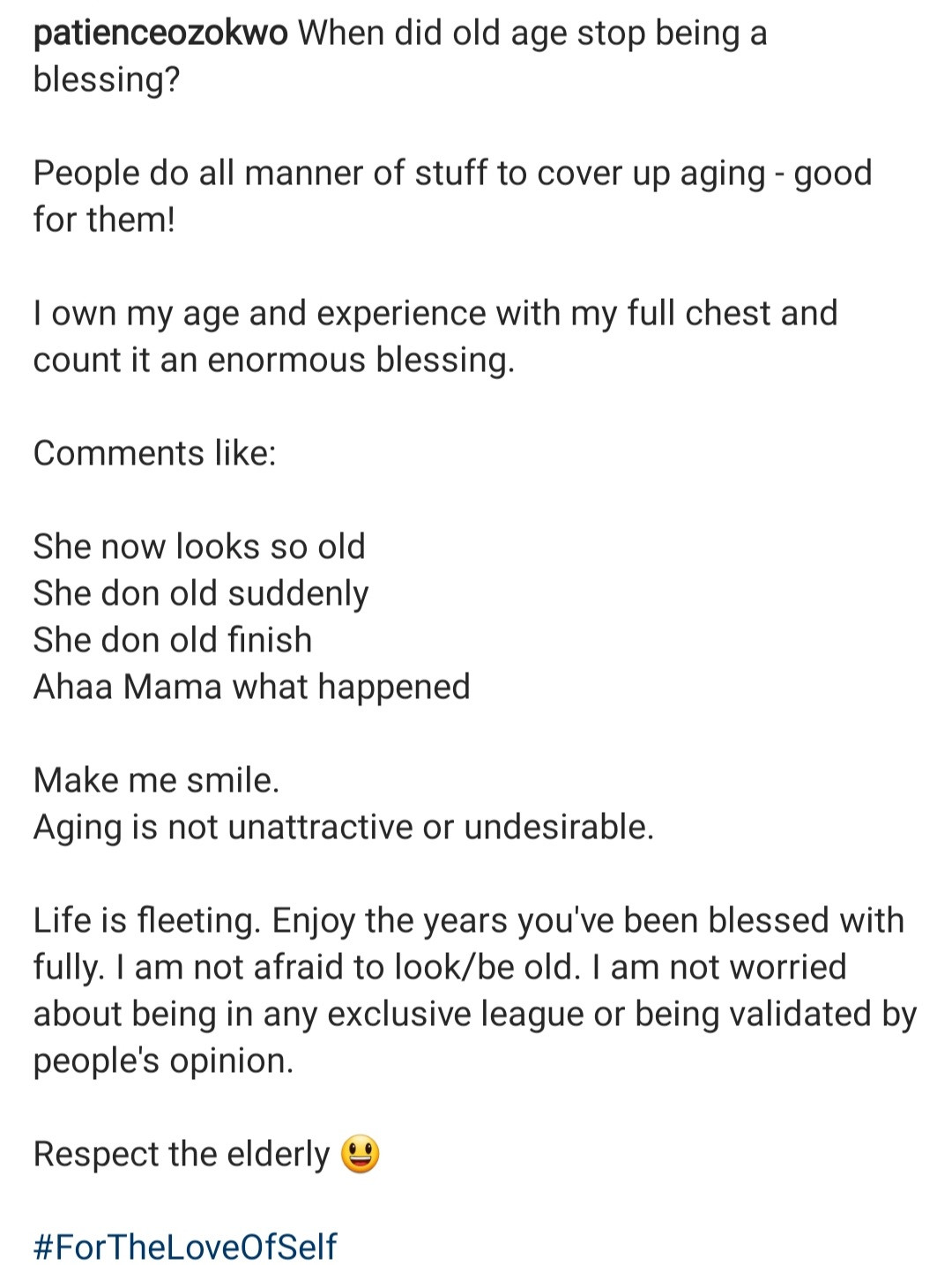 Ozokwo has been gracing the screens of Nigerians since the 90’s and have won several awards to her name.

The ace actress has acted in the soap opera Someone Cares, but her second movie feature, Authority, which was released in 1999 shot her to fame.

She won the Best Supporting Actress award in 2012 and 2013 at the 10th Africa Movie Academy Awards and has numerous awards to her name.

Throughout her years of acting in Nollywood, Mama G has more than 100 movie and TV credits to her name. Some of these include Chief Daddy, Blood Sister, Two Rats, Turning Point and Heart of a Slave. Furthermore, she has portrayed an onscreen mother to many Nollywood A-listeres, including Van Vicker, Ini Edo, Ramsey Nouah and Rita Dominic.