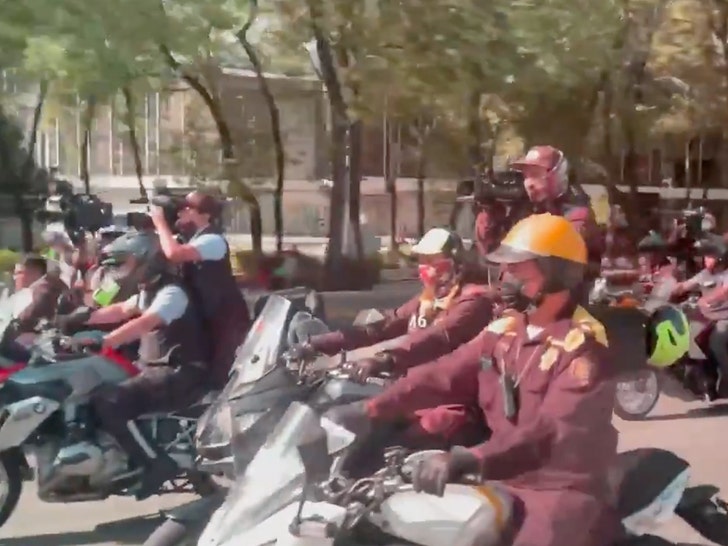 Vice President Kamala Harris is getting the Beatles treatment south of the border … tons of TV crews are chasing after her motorcade, with cameramen standing on the backs of moving motorcycles!!!

Tons of TV cameras are chasing the Harris motorcade in Mexico City. Some have live-stream equipment. pic.twitter.com/8yYNfJ9XsB

Ya gotta see the scene down in Mexico City, where a huge throng of media is racing after the Veep trying to get a shot, but it almost looks like she’s being followed by a biker gang … that happens to be outfitted with cameras and live stream equipment.

It’s definitely not something we see every day in the United States, and it looks like a lot of the motorcycling media aren’t even wearing helmets. These are some brave hombres.

Kamala’s in town to meet with Mexico’s President, Andrés Manuel López Obrador, and if the mass of cameras trained on her every move didn’t already give it away … the visit is a BIG deal to a lot of people.

All the attention and TV cameras gotta make ya wonder — is Donald Trump a little jealous of the Vice Prez??

If she were anywhere besides Mexico, we’d say yes. It ain’t exactly his jam … and the feeling’s mutual.