By Mark Nicol Defence Editor For The Daily Mail

Troops who were stripped of their medals for being gay are to get them back after a lengthy legal battle – but one said he was still waiting from promised compensation.

The Ministry of Defence is to restore the medals of all personnel discharged because of their sexuality before a ban on gay people serving in the military was lifted in 2000.

Until then anyone found to be gay or bisexual faced being booted out of the forces.

Defence chiefs made the decision after being taken to the High Court by former sailor Joe Ousalice, 70. 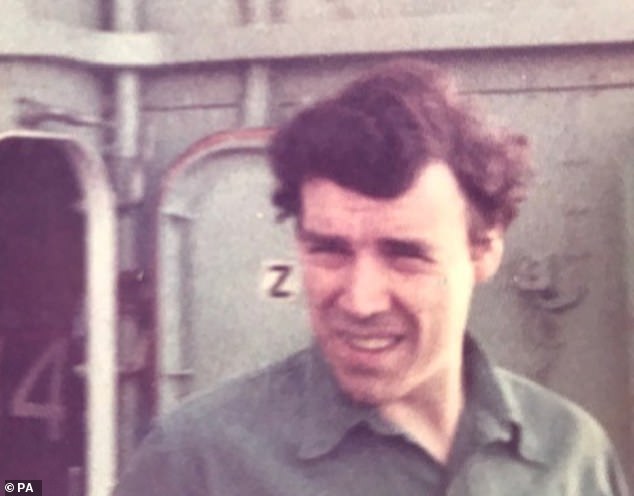 Defence chiefs made the decision after being taken to the High Court by former sailor Joe Ousalice, 70 (pictured)

He served as a radio operator in the Royal Navy for 18 years, including the Falklands War and six tours of Northern Ireland, before being dishonourably discharged in 1993 for being bisexual.

He was stripped of his rank when he left the Navy which he says costs him £100 a month in reduced pension entitlements.

Last night he said: ‘It is long overdue and the suffering they’ve caused to people like me continues. 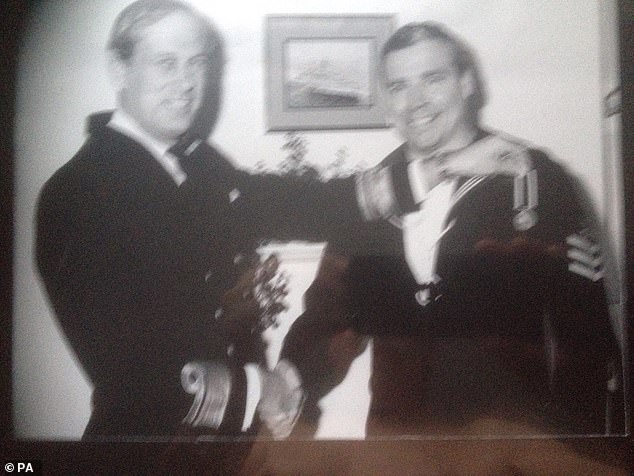 Ousalice (right) served as a radio operator in the Royal Navy for 18 years, including the Falklands War and six tours of Northern Ireland, before being dishonourably discharged in 1993 for being bisexual

‘This is not just about medals, they’ve ruined lives.’

This morning he told Radio 4: ‘I was taken for a court martial by the Royal Navy, I was found not guilty of the charge but guilty of a second charge which was ‘conduct prejudicial to good order and able discipline’ which is a charge they put on all everybody.

‘Now it seemed to me ridiculous that I could be found not guilty of the main charge but guilty of a second charge which they made against me.

‘They discharged me from the armed forces and lowered my pension. It was disgusting. I was led to the captain of HMS Portland naval base and told in no uncertain terms how disgusting people such as I had no place in the armed forces.

‘He revolted at thought of me and wanted me out as soon as possible.

‘I returned my comment and said ‘Okay you’ve made your mind up, you’re getting shut of me but you haven’t heard the last of me I will beat you in this case and I’ll fight it until my last dying breath’.

‘Here I am, almost close to going, and I’m still fighting them.

‘I lost my house in Cornwall, I lost my family. I was pinching food from farmer’s fields to survive.

‘A year ago they agreed they had done wrong by me and agreed to return my medal.

‘This was done via a ceremony in Portsmouth by the defence secretary Ben Wallace.

‘At that meeting on three occasions I asked him was he going to give proper redress to all those who experienced not so dissimilar cases to my own.

‘I asked him three times and each time he skirted around the question, eventually he did say that they were looking at some way they could pay remuneration to all those who had received not too dissimilar cases to my own and said they were at the end of a package when they would be working this out. Here we are a year later and we are still waiting for it so I really don’t believe anything they tell me anymore. ‘

Defence Minister Baroness Goldie said: ‘I am very pleased to address this wrong and to invite any personnel affected, or the families of those who are deceased, to apply to have their medals returned.’

In another case Emma Riley was arrested at dawn by military police in 1993 just hours after confiding to a friend about being gay.

She too lost her career but fought back by taking the MOD to the European Court of Human Rights in 1999.

This case led to defence chiefs lifting their ban on homosexuals the following year.

The MOD has now set up various support groups for LGBT+ personnel and been praised for its progress as an equal opportunities employer.

The Army and the Royal Air Force were included in the Stonewall Top 100 list of employers for 2020.