purchase cenforce online Singer Nathaniel Bassey shared a  photo of a Saga snake that a mother found in her son’s room after engaging in a spiritual challenge on his IG handle.

The mother had stayed awake to take part in the singer’s Halleluyah challenge. When she was done, before retiring to her room, she found and killed a snake in her son’s room. 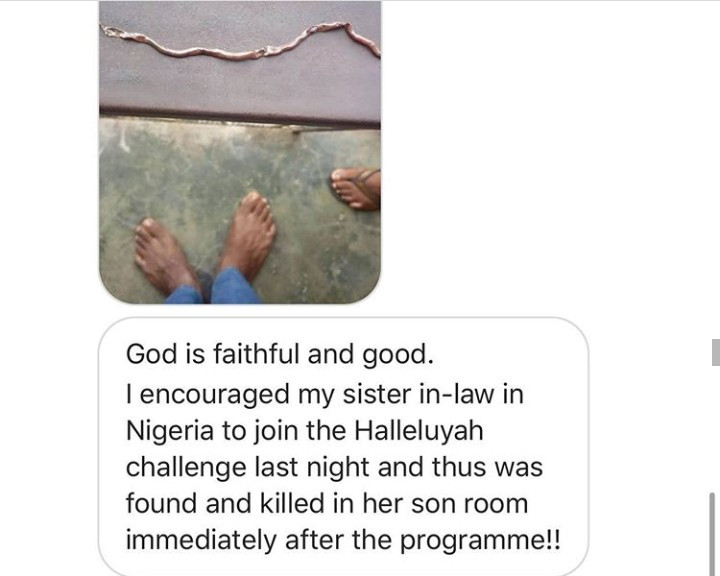 In a similar case, a Nigerian man identified as Chidiebere Christopher Nwoke reportedly lost his life, weeks ago after he was bitten by a snake while at his farm in Umuahia, Abia state capital on Friday February 6th.

proximately WITHIN NIGERIA learnt that the deceased was weeding his farm with his brother when he unknowingly inflicted a machete cut on a dangerous viper snake known as “AJUALA”.

It was further learnt that the snake bit him on his left hand which resulted in the swelling of the hand.