After spending four years in prison for a petty crime, a former Ghanaian security guard, Ayisala was released on January 19, 2021. 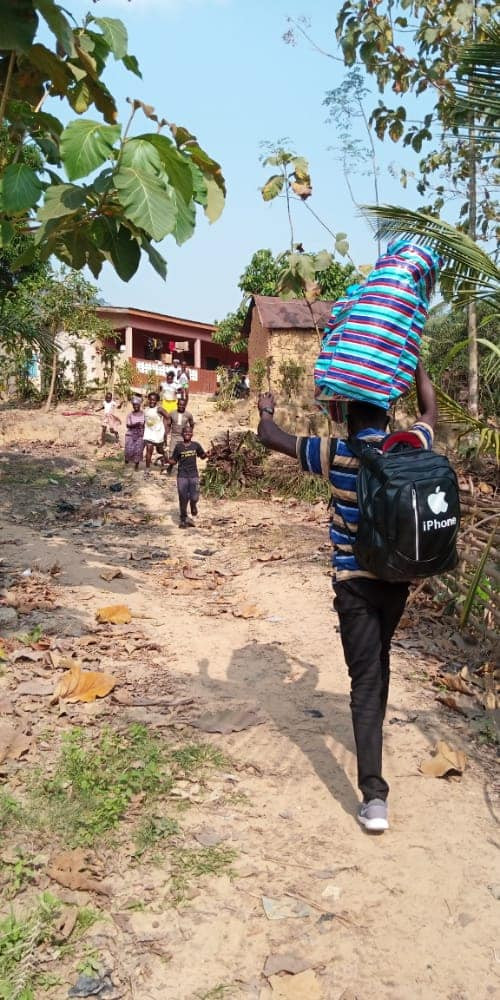 According to a report by Crime Check TV Ghana, Ayisala was sentenced to 8 years imprisonment with an option of fine for injuring a toilet intruder with a catapult while on duty. 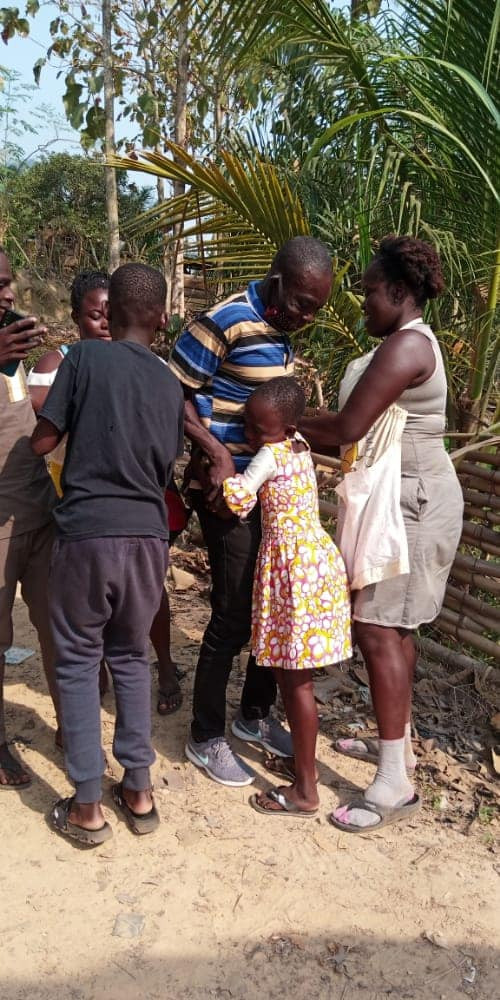 Ayisala couldn’t afford to pay the fine so he was sent to prison. He was released after a philanthropist paid the fine through CCF’s Petty Offenders Project.

On Thursday, January 21, CCF posted photos from the heartwarming moment Ayisala reunited with his wife and children in Nkawkaw in the Eastern region. Read the posts below: 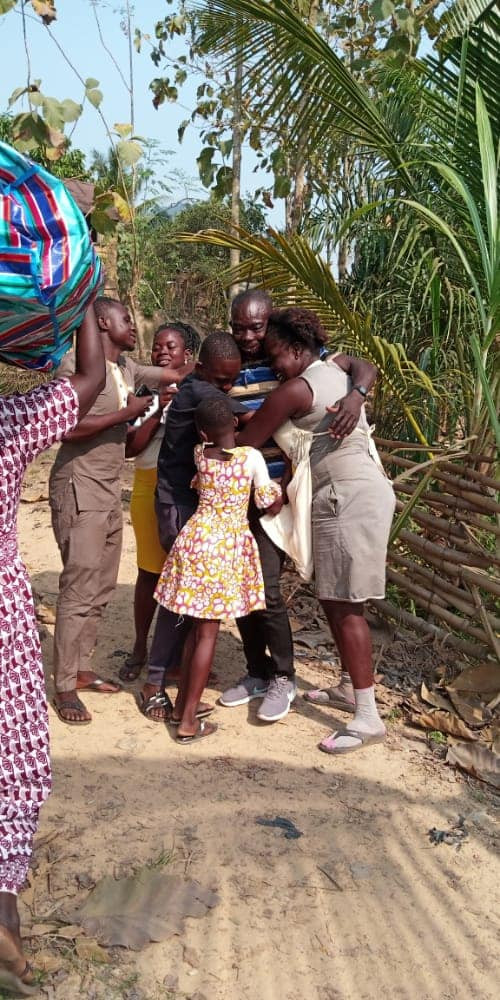 “Ayisala, the watchman jailed 8yrs for using a catapult to cause harm to a toilet intruder, finally leaves prison after Ali Ibrahim, a philanthropist pays his fine through CCF’s Petty Offenders Project. We are taking him to Nkawkaw in the Eastern region where his wife and children are. We wish our dear brother Ayisala well.”

“The reaction of the wife and children of released prisoner Ayisalah will make you cry. After his release, we took him to Nkawkaw to meet with his family after 4yrs in prison without seeing them. Why should a poor watchman who takes 150ghc a month be sentenced to 8yrs in prison for failing to pay a court fine when he could have served society better if Ghana had a non custodial law?

“Many thanks once again to philanthropist Ali Ibrahim for paying the fine of this poor watchman after serving four years of his 8yr jail term. We will continue to advocate for the passage of the non-custodial sentencing bill into law and for improved prison conditions. Our prisons should become purely correctional institutions and not punitive centres” 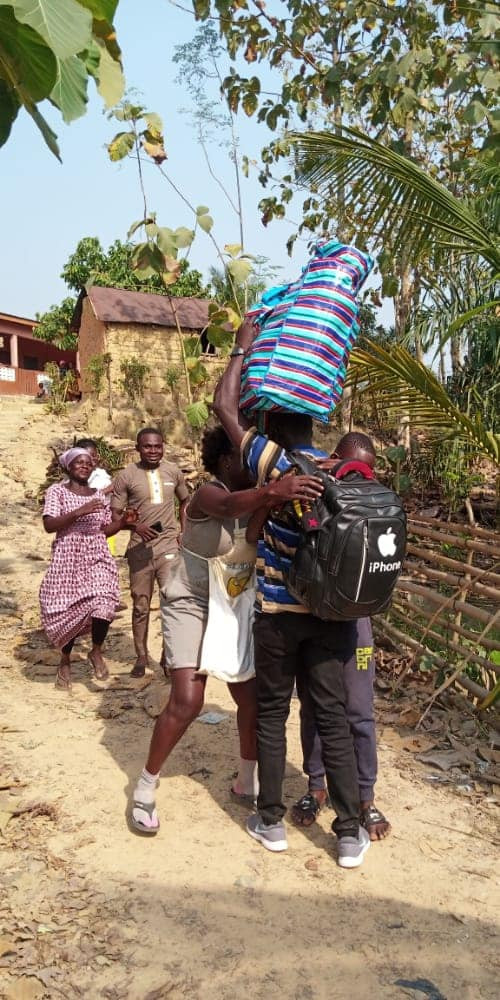 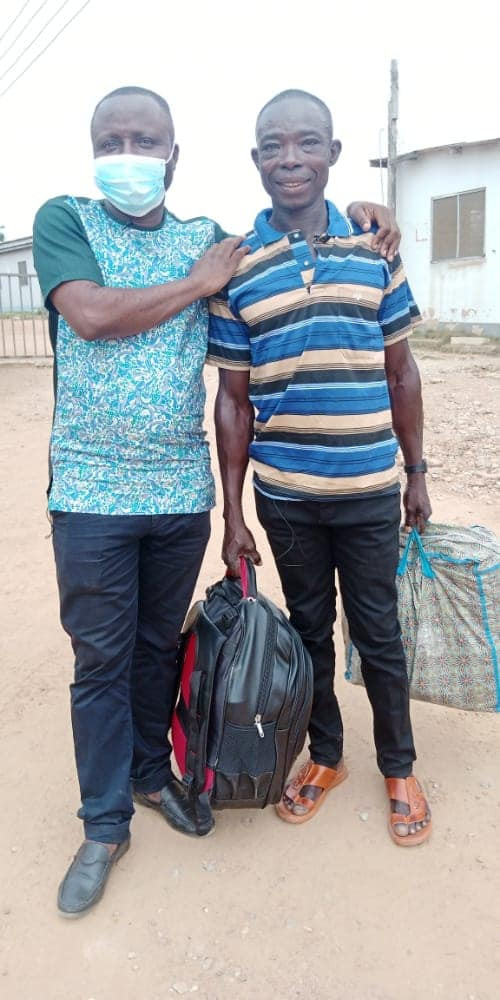 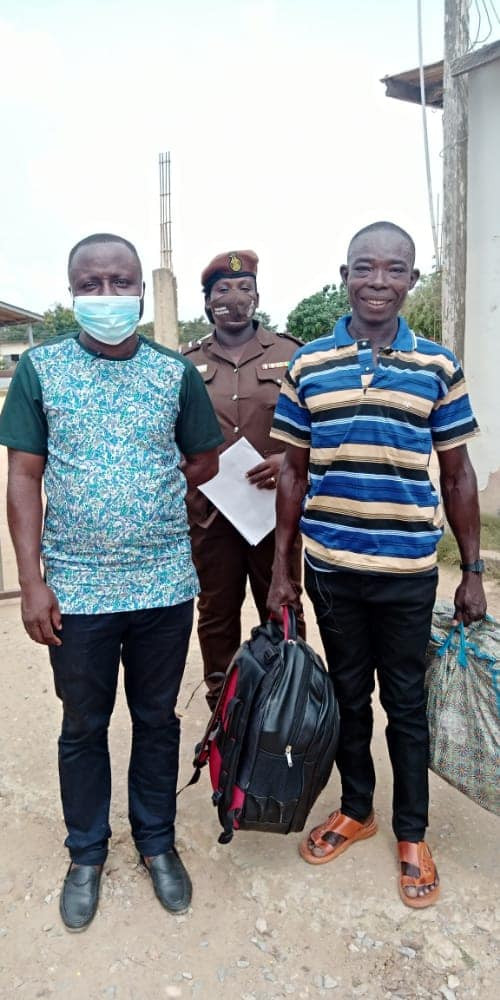 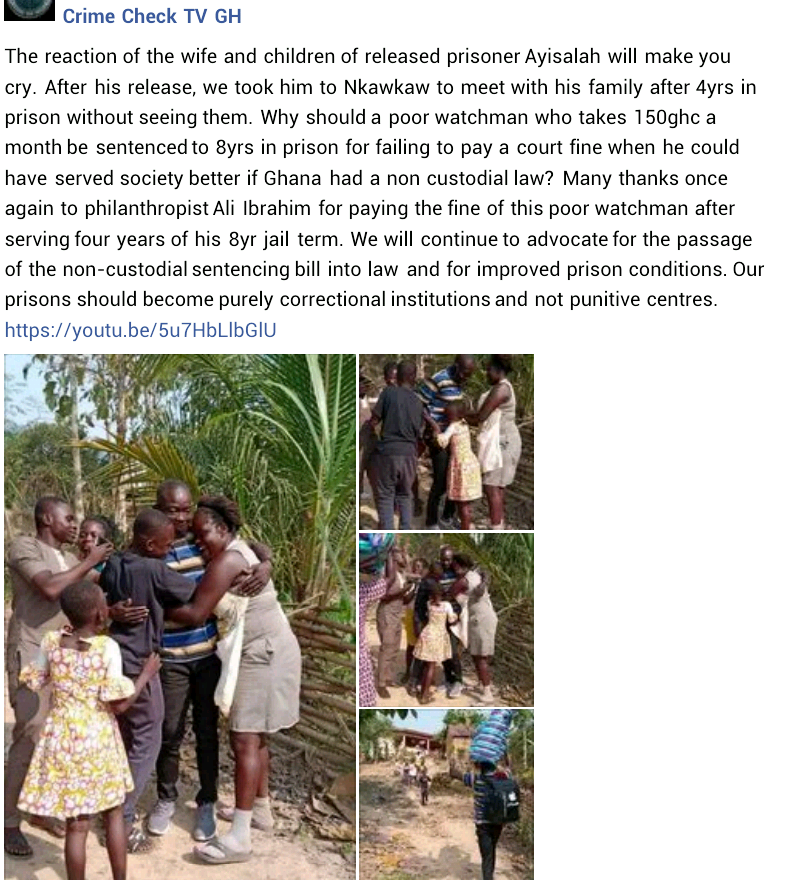 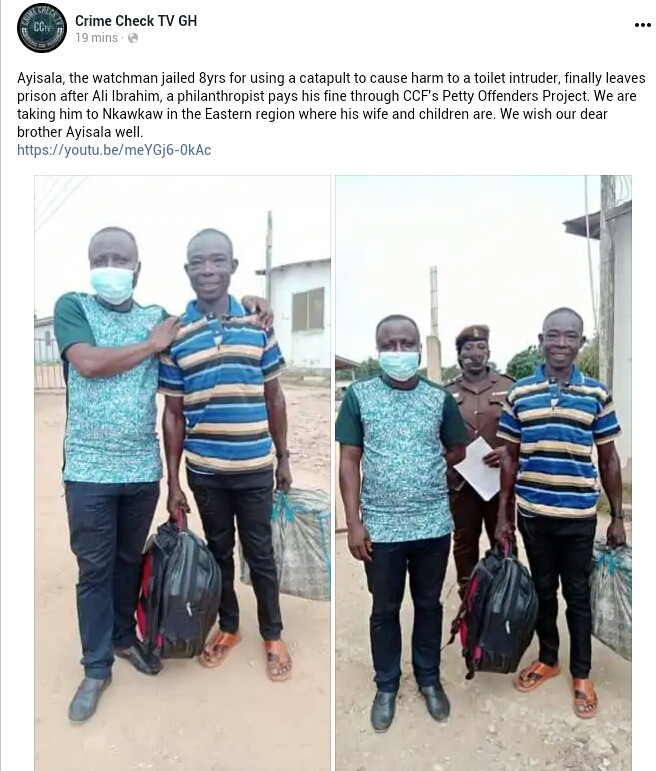