A hilarious video which shows ace female musician, Tiwa Savage, going down on her knees to greet a Soundcity presenter, VJ Adams, has just surfaced the internet. 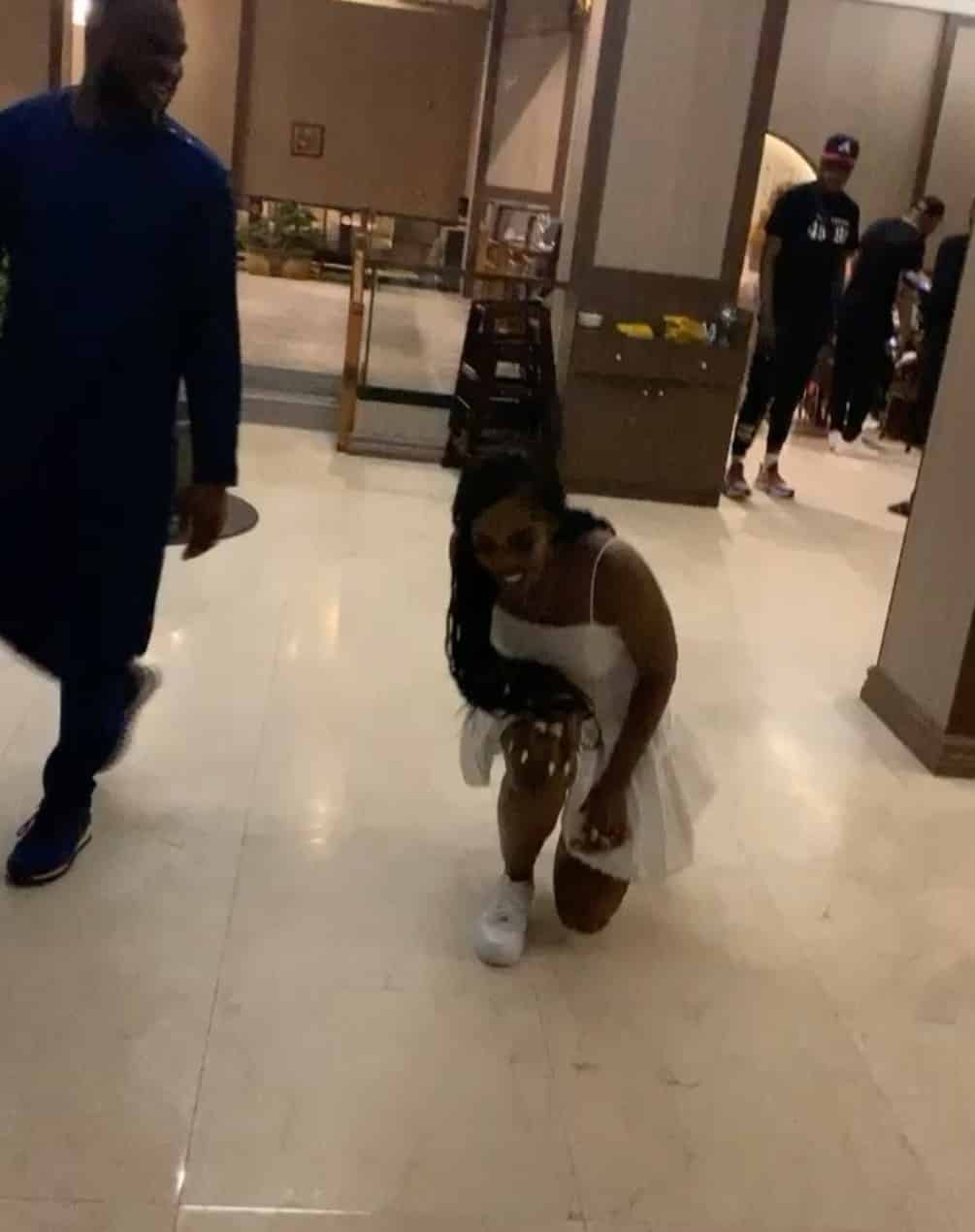 This is coming few days after she was slammed on Twitter by another media personality, Charles Anazodo for not greeting him.

The outraged media personality and football analyst made this known via his Twitter page on Thursday, October 3, 2019.

“@TiwaSavage was a guest on @THEBEAT999FM earlier today, arrived and walked past @kallyjoe and me, and didn’t have the courtesy to say hello. I guess being a superstar gives you the right to be discourteous,” he tweeted.

Tiwa had however defended her actions saying she was late for her interview and didn’t notice them – but it did little to soften some angry social media users.

As it stands, Tiwa has squashed all that talk about being discourteous with what she’s done to VJ Adams