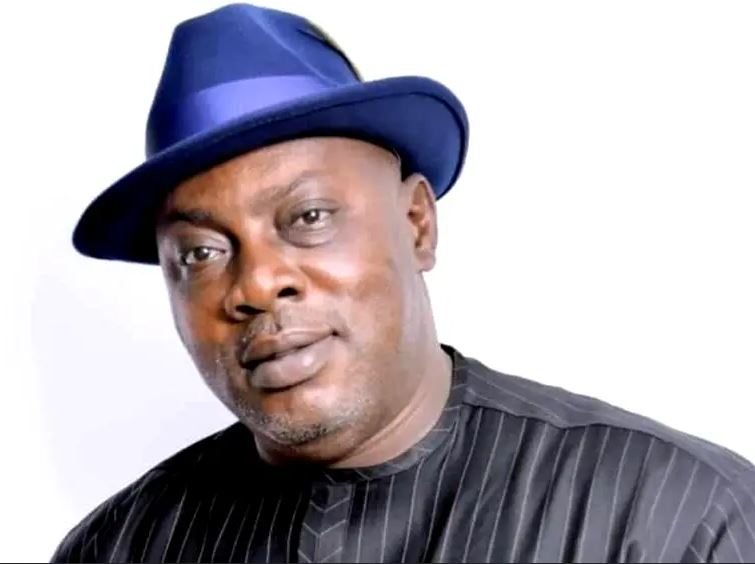 According to a report by Vanguard, the Delta State House of Assembly, Thursday, held a valedictory session for late Mr. Kenneth Ogba who until his demise represented Isoko South Constituency I in the House.

Our Correspondent reports that it was another sad moment in the House as the Speaker and members reflected on the life and time of their fallen colleague, whom they said was a committed member of the Seventh Assembly.

The remains of the deceased lawmaker was brought to the Hallowed Chamber for the valedictory session at exactly 10:30 am, accompanied by family members, friends, political associates, and well-wishers, particularly from the Isoko nation.

See also  Venita Akpofure Likes A Tweet Saying That Her Cousin, Neo Bought The Car He Claimed He Was Gifted By Fans On His Birthday

The valedictory session which lasted for over two hours was also witnessed by some former members of the House, including three former presiding officers, Emmanuel Okoro, Kent Omasone, and Basil Ganagana.

Speaking at the ceremony, Speaker of the House, Chief Sheriff Oborevwori said he finds it very difficult to again preside over another valedictory sitting, the third in the last six months, lamenting that such was never his wish for the Seventh Assembly.

Oborevwori described Ogba as a man with a high personality, amiable in character, and embodiment of humility, pointing out that the late Lawmaker was very passionate in what he believed in, including his avowed commitment to the empowerment of the downtrodden.

Other Principal Officers and members of the House in their tributes attested that late Mr. Kenneth Ogba was an epitome of handwork, humility, simplicity, and generosity, stressing that it was difficult to believe that Kenneth was no more.

Maintaining that he was a wonderful person and a good ambassador to the Isoko nation, the Lawmakers while recalling moments with their fallen colleague, said he would be remembered for his truthfulness and fight against injustice and had the potential to rise to the zenith of politics.

Former Speaker, Dr. Emmanuel Okoro, and two former members of the House, Chief Johnson Erijo and Orezi Esievo, all from Isoko nation, said the death of Kenneth Ogba was sad but thanked God that he left good attributes and memories as he was selfless in service to God and humanity.

They all prayed to God to grant the soul of late Ogba eternal rest. The late Kenneth Ogba who died on the 27th of June would be buried in Oleh, Isoko South Local Government Area of the State on Saturday, 24th July.

He was survived by his aged father, wife, and children.