Controversial activist, Chief Sunday Igboho, and officers of the Amotekun Corps were also present to witness the rally.

It was later reported that Sunday Igboho and other Yoruba nation supporters decided to visit the traditional ruler Oba Rufus Adeyemo Aladesanmi III, the Ewi of Ado Ekiti. 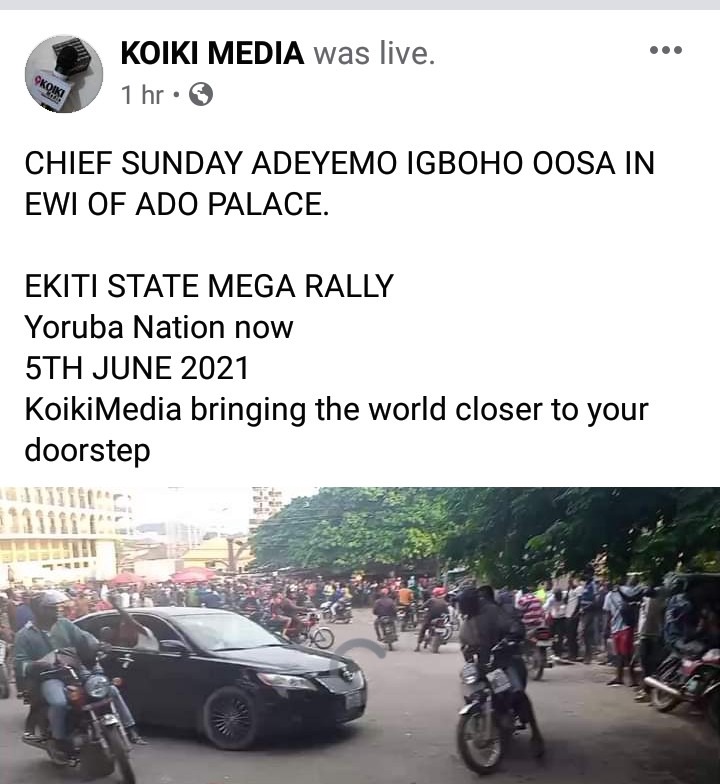 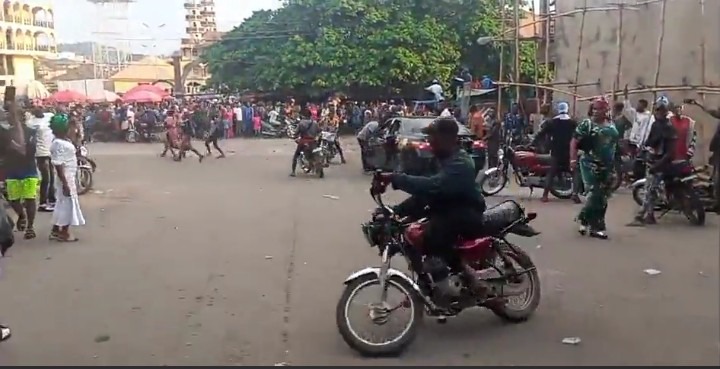 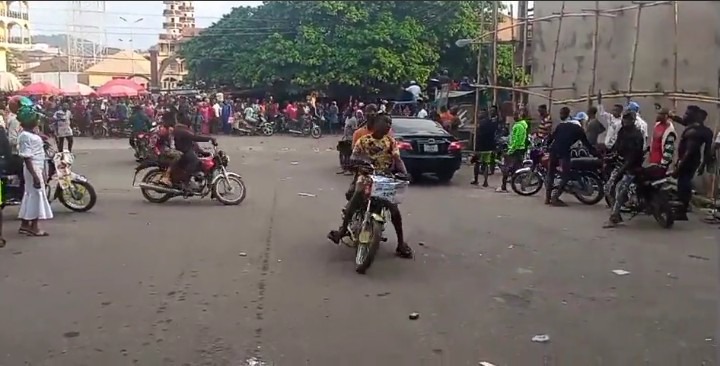 The agitators however experienced a major setback as the Ewi of Ado Ekiti refused entrance into his palace. A man was heard during the broadcast saying;

‘Oba ordered them to close the gate.’

Sunday Igboho who was desperate to see the traditional ruler had to jump over the fence together with few of his followers so as to gain entry into the palace.

(Man trying to jump over the fence) 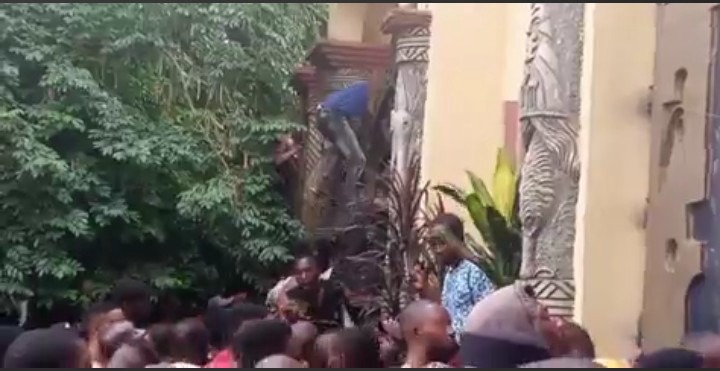 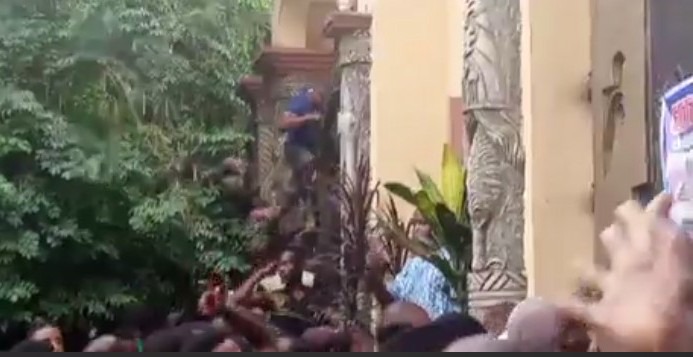 In the live broadcast shared by his spokesman on Facebook, Sunday Igboho left the palace angrily upon seeing that Rufus Adeyemo would not show up. 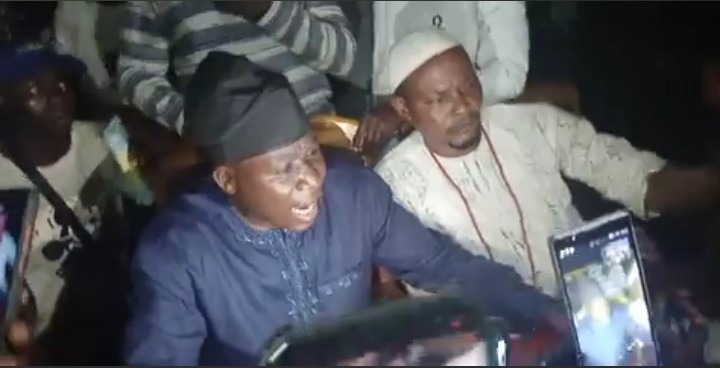 Watch the video via the link below.

Many people seem to be unhappy with the way Oba Rufus Aladesanmi refused to attend to the multitude including Sunday Igboho. Read few of people’s comments about this. 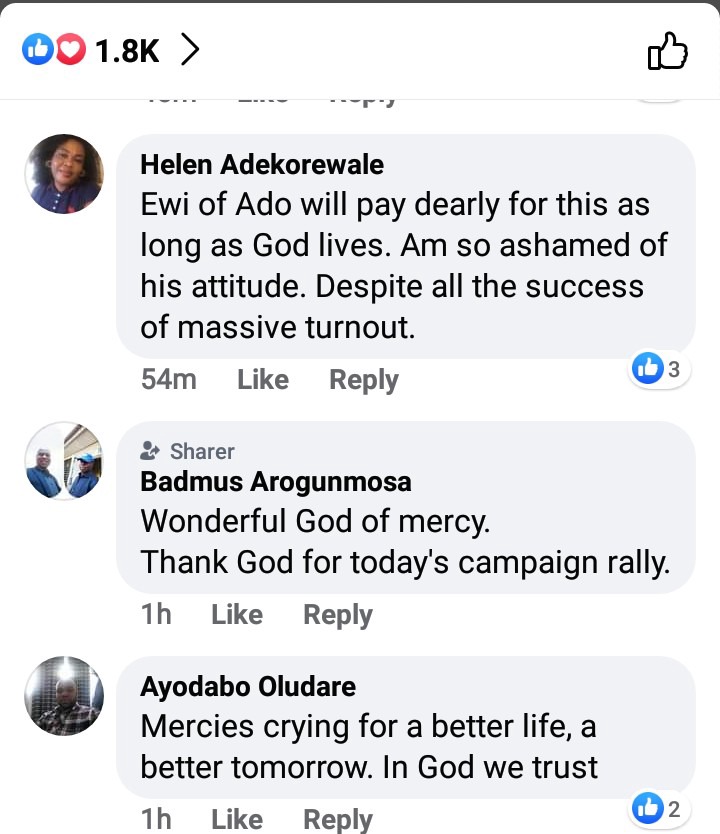 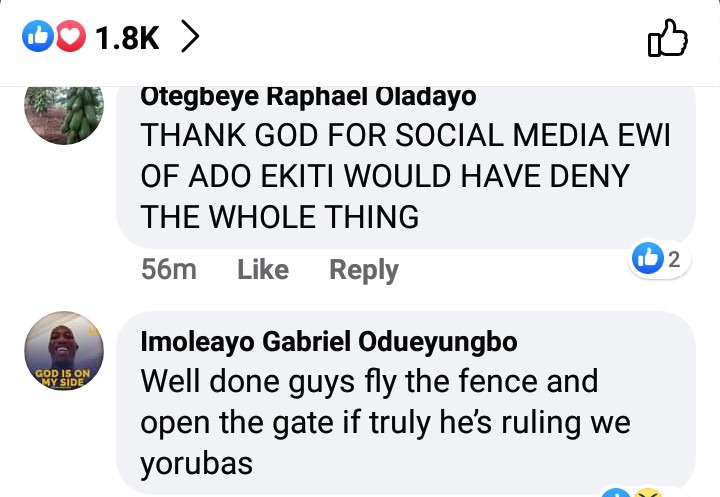 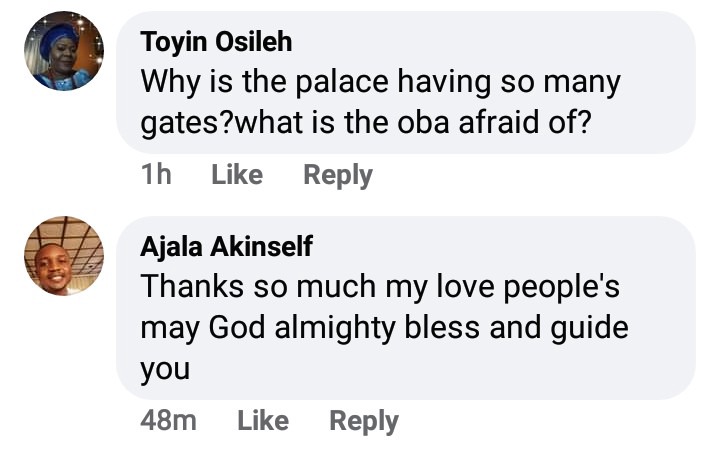 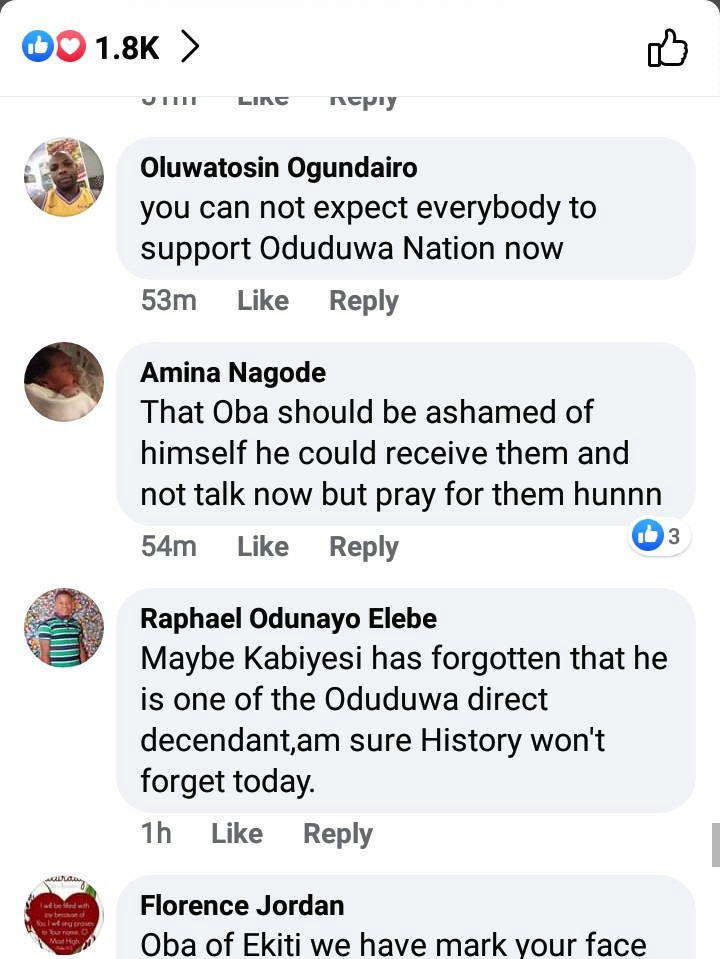 – Sunday Igboho suppose to let the king open it.

See also  PHOTOS: Dear Sunday Igboho And Other Agitators, Take A Look At These 5 Tragic Photos Of Civil War

Drop your opinion on this in the comment section.