can i buy neomercazole online 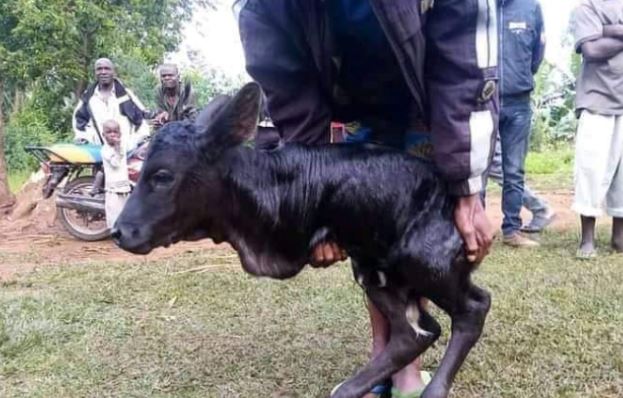 Residents of Nang’anda village in Navakholo, Kakamega county, Kenya were left in shock after a cow gave birth to a calf with two legs.

The cow’s owner Zainab Makokha explained that she had taken care of the cow before the delivery, and had not expected the outcome.

“I have taken care of the cow as expected of me knowing it was due to give birth but I’m shocked by the kind of calf it has delivered,” she told K24 Digital.

So far, the cow and calf are in good condition with the calf suckling but with difficulties in standing upright.

“This was my sole source of income and I intended to use the milk to educate my children. As you can see the calf and the cow are in superb condition,” she confirmed.

Locals who spoke to the press were also shocked. “We usually hear of such cases being broadcast on radio. However, we don’t think this some sort of witchcraft as we do not have witches in our area,” they said.

Area Chief Aggrey Oyalo who was among the shocked persons has urged locals to use quality bulls for mating purposes.

“I call upon veterinary experts to visit this homestead in order to rescue the calf. I also urge locals to consult vets before, during and after livestock matings,” he said.

On his part, livestock officer, Rajab Baraza attributed the case to self-prescription of veterinary drugs by farmers.

“Such cases might occur when a farmer administers drugs to a cow at early stages of pregnancy without a veterinary officer’s direction,” Rajab said.