Senator Shehu Sani proposed that international football match broadcasts be banned so that Nigerians can focus on their own teams.

Senator Shehu Sani has proposed to the federal government that our Nigerian Professional Football League be promoted even more.

Former Senator who represented Kaduna Central in the 8th Assembly bemoaned the lack of enthusiasm among Nigerians in the country’s football league. 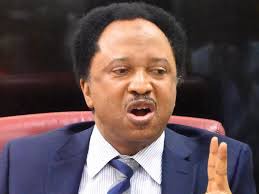 He bemoaned the fact that the encounter between Kano Pillars and Enyimba yesterday went unnoticed by Nigerians. He claimed that neither Kano nor Abia residents were interested in the match, but that if it had been an English Premiership or European Football match, a large number of Nigerians would have attended.

The former senator proposed that international football match broadcasts be banned so that Nigerians can focus on their own teams.

“Yesterday, Kano Pillars defeated Enyimba FC by 2:1 at the Ahmadu Bello Stadium Kaduna; neither the people of Kano nor those of Abia showed any interest in the match. If it were English or European Football matches, the madness could have been immeasurable. What about banning the broadcast of foreign football matches so that we can all be patriots and watch our local teams”, Shehu Sani said.