Shiqi When Sunday Erhabor, a order generic Seroquel online police officer of the Lagos command and Assistant Superintendent of Police (ASP) was attacked, harassed and bullied by an erring driver taking “one way”, never did he know that the terrifying moment would shoot him into the limelight — and of course, fetch him encomiums and an award.

200 mcg Misoprostol The 53-year-old celebrated policeman was on duty with his subordinates at Four Point by Sheraton Hotel, Oniru on Saturday, April 17, when a man identified as Victor Ebhomenyen, 33, drove against the traffic.

Efforts by ASP Erhabor to arrest the traffic offender led to a scene of chaos as the ageing officer was humiliated and even threatened with job loss by Ebhomenyen and his cohort. Armed with his official AK-47 rifle, Erhabor did not retaliate or pull the trigger. He, instead, demonstrated civility and patience, maintaining professional conduct in the face of intimidation.

On Monday, April 19, he was awarded by the governor of Lagos state, Babjide Sanwo-Olu. This came hours after Nigerians raised over N500,000 for the officer who has less than five years to use in service. 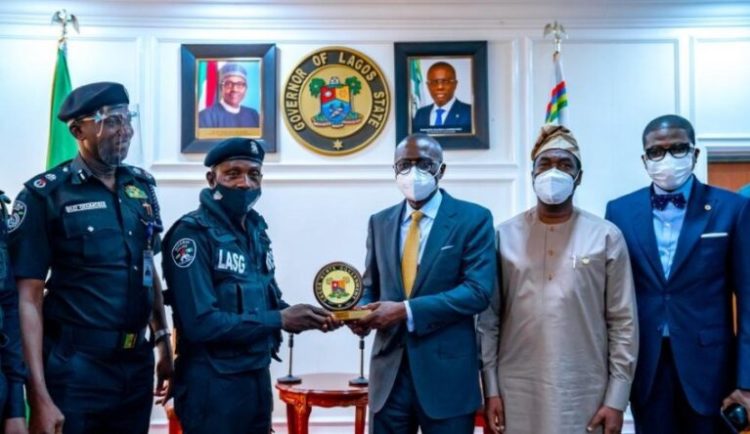 One Million Naira draft was handed over to ASP Erhabor for his professional conduct in that viral video.

“I received a cheque of one million naira this afternoon. I feel so excited and I thank all Nigerians. This shows to me that Nigerians have not lost hope in the police.” – ASP Sunday Erhabor

A total of 158 donors raised the N1 million which was presented to the policeman on Wednesday, April 21.