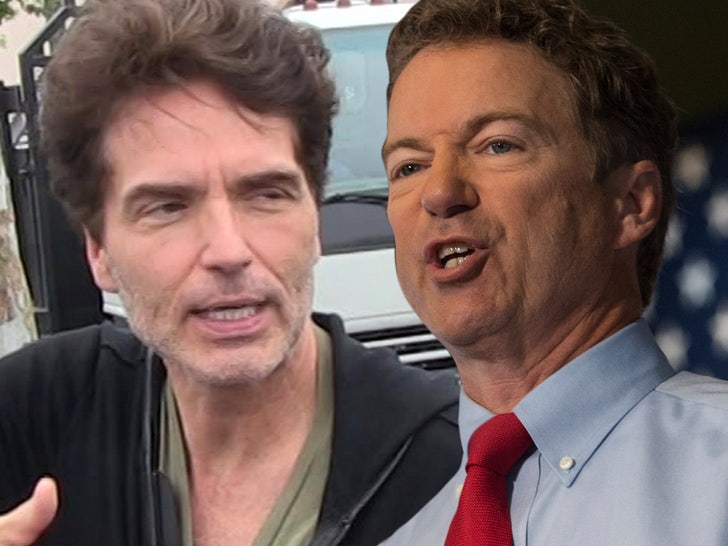 If Senator Rand Paul wants to keep beefing with Richard Marx, it sure seems like the ’80s hitmaker will be right here waiting for him … on Twitter.

Marx is not taking a social media break after Paul publicly accused the singer of calling for violence against him, which the Senator suggested was the reason a suspicious, powder-filled letter was delivered to his home Monday.

If you missed it, Sen. Paul tweeted … “I take these threats immensely seriously. As a repeated target of violence, it is reprehensible that Twitter allows C-list celebrities to encourage violence against me and my family.” 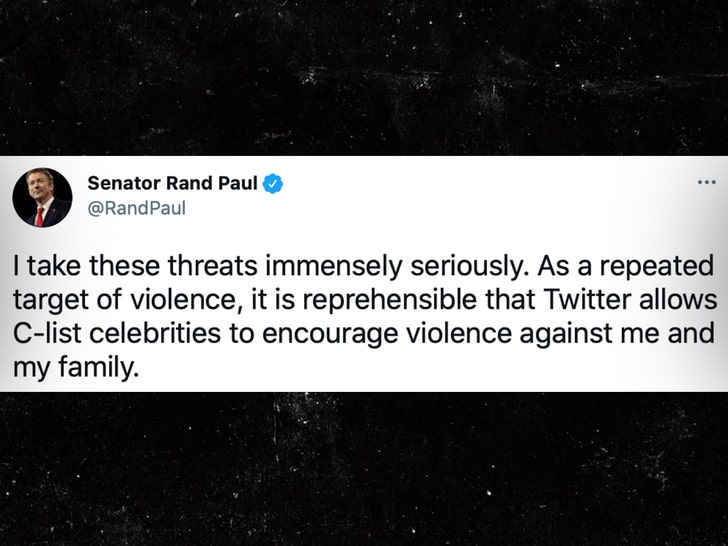 Rand added … “Just this weekend Richard Marx called for violence against me and now we receive this powder filled letter.” BTW — the authorities determined the substance in the package was non-toxic.

So, what did Marx say that got Paul so riled up? According to Marx, it was just a “wise-crack” about Rand’s neighbor … you know, the one who beat up Rand in 2017 over a reported landscaping dispute.

Marx tweeted on Sunday … “I’ll say it again: If I ever meet Rand Paul’s neighbor I’m going to hug him and buy him as many drinks as he can consume.”

That was enough for the Senator to accuse the singer of inciting violence, but Marx is not backing down or apologizing for his initial tweet.

Instead, he’s publicly scoffing at the claim and pointing out all the ways he says Paul has put people at risk with his behavior during the COVID-19 pandemic … including recently stating that he’s against getting vaccinated.

Marx has also been responding to people saying he should be kicked off Twitter by sending links to stories of GOP figures — including former President Trump — allegedly inciting violence or being reckless with their words.