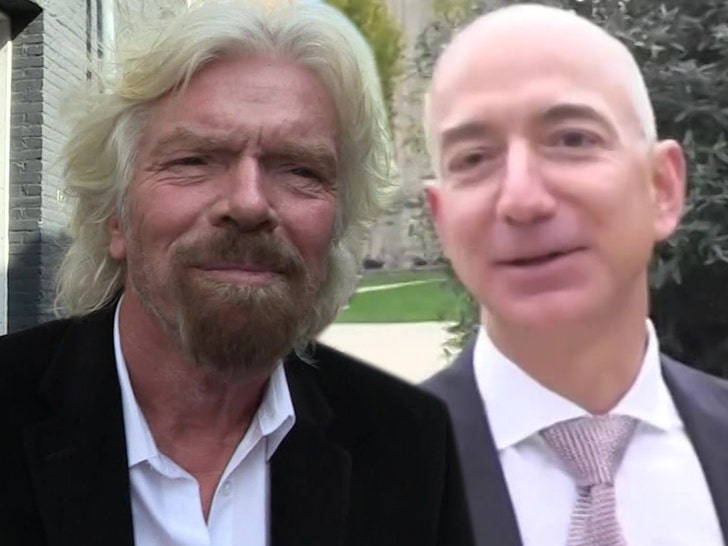 Richard Branson is out to prove he’s the billionaire king of space travel, working with his team to beat Amazon’s Jeff Bezos in busting out of Earth’s atmosphere … according to a new report.

Bezos announced he and his brother would be on the first crewed flight for his Blue Origin aerospace company — the 11-minute trip is set to launch July 20. However, a report from the blog Parabolic Arc says Bezos’ announcement has sparked a space race with Virgin Galactic honcho Richard Branson — who now wants to launch his rocket-fueled flight over the July 4 weekend.

Branson’s largest possible snag, according to Parabolic Arc, is that VG will first need to obtain a commercial reusable spacecraft operator’s license from the FAA.

Details of Branson’s possible trip are sparse, but if approved — he’ll travel in Virgin Galactic’s VSS Unity SpaceShipTwo rocket plane for the journey. The billionaire has not yet spoken publicly about the trip.

One person who will certainly not find entertainment in the billionaire space race? Elizabeth Warren. We got the Senator in D.C. Thursday who said Bezos’ planned trip to space is a slap in the face to taxpayers … who she claims are basically funding the trip because Bezos doesn’t pay his fair share in taxes.

One giant leap for the super-rich.