Richard Branson sure looks like he’s putting his billionaire space race on the back burner … ’cause the only thing he’s betting on this weekend is Vegas, baby!!!

The Virgin Galactic honcho was a true ring leader Friday in Sin City, and dressed the part while roaming around his new Virgin Hotels Las Vegas. It officially opened back in March, but the celebration was largely muted due to the pandemic. 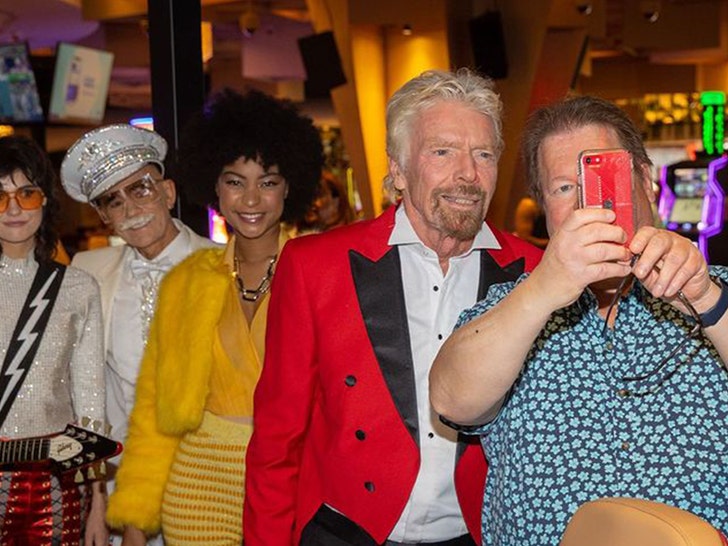 But, with Nevada lifting restrictions on June 1, Branson launched his official grand opening this weekend … dubbing it “Unstoppable Weekend.” He and his crew hit up the joint and gave away tons of cool stuff, and he took selfies with guests all over the casino.

Looks like fun, but also looks like a strange way to train for a sub-orbital flight to space in just 3 weeks! We can’t recall any images of John Glenn or the Apollo 11 crew at a craps table. 🤷🏽‍♂️

Remember, Branson’s reportedly trying to move up his Virgin Galactic launch to the July 4 weekend in an effort to beat Amazon’s Jeff Bezos out of Earth’s atmosphere.

Bezos announced he and his bro will be on the first crewed flight for his Blue Origin aerospace company, which is set for July 20.

These Vegas pics might have Bezos thinking he’s got an edge in the “whose is bigger” competition with Branson. Stay tuned …