Reality star, Omashola has recounted how he defended himself during a robbery incident in South Africa.

Narrating how he was nearly robbed, Omoshola said he was about entering his car to head home when two men and tried to rob him.

However, he was able to punch one of the men without thinking which resulted in his phone cracking.

Thinking back on that attack, Omoshola said he realizes what he did was dangerous because one of the men had a gun.

Sharing photo of his cracked phone, he said;

”Weeks back I was about to enter my car and head home when 2 guys stopped me and tried to rob me,

I told myself to save yourself because I can’t save you. So I punched one of the guys in the face and the rest was history 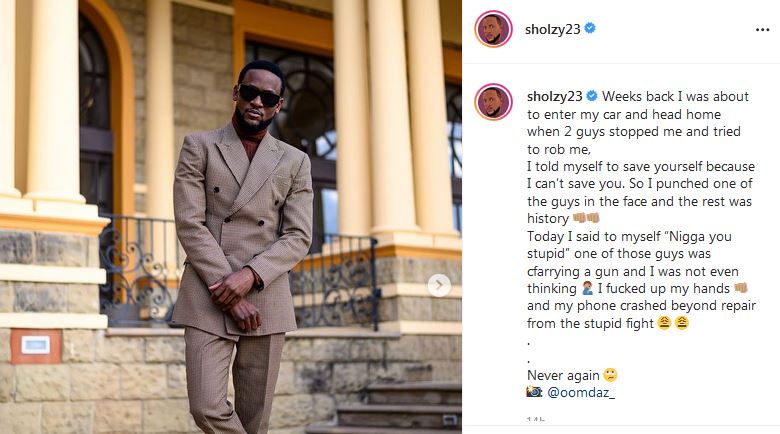