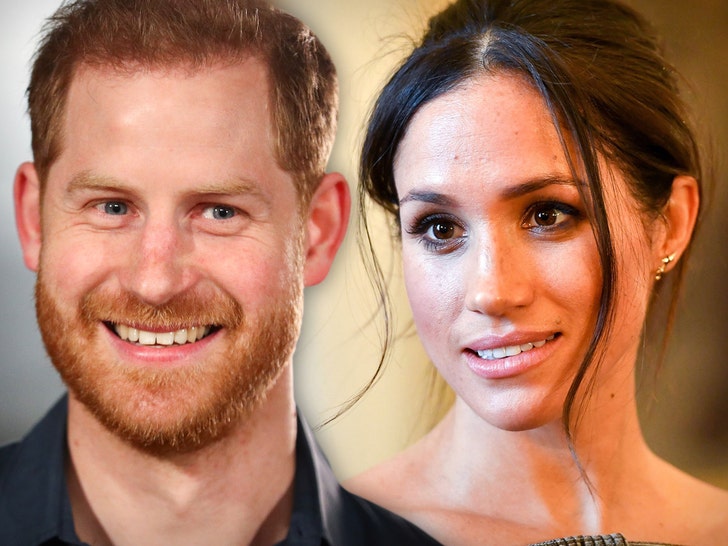 Prince Harry and Meghan Markle’s have their second child — a baby girl who’s been named to honor Harry’s late mother, Princess Diana, as well as his grandmother, Queen Elizabeth.

The Duke and Duchess of Sussex just announced their daughters arrival Sunday morning, but they say Meghan actually gave birth on Friday at 11:40 AM at Santa Barbara Cottage Hospital. The little girl’s name — Lilibet Diana Mountbatten-Windsor. 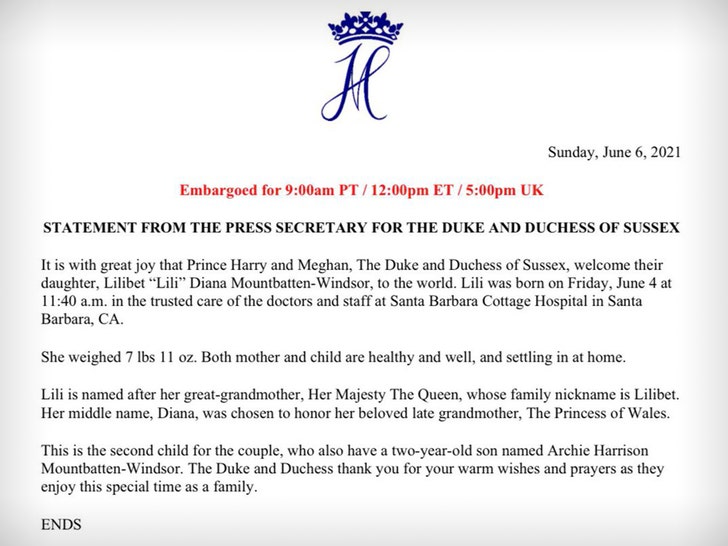 They’ve already given her the nickname, Lili, and say she tipped the scales at 7 lbs. 11 oz.

Lili’s got some big shoes to fill with that name — her first is the Queen’s family nickname, and then there’s Princess Di … Lili’s grandmother. Giving her Diana’s name is momentous for Harry, who — along with Prince William — is scheduled to unveil a statue of his mother in the U.K. this summer to mark what would have been her 60th birthday.

Harry and Meghan now have a full set — a boy and girl. Their son Archie is 2.