It is alleged that the reason for the split is because she got tired of her husband’s excesses which includes,cheating allegations, money issues among other reasons. 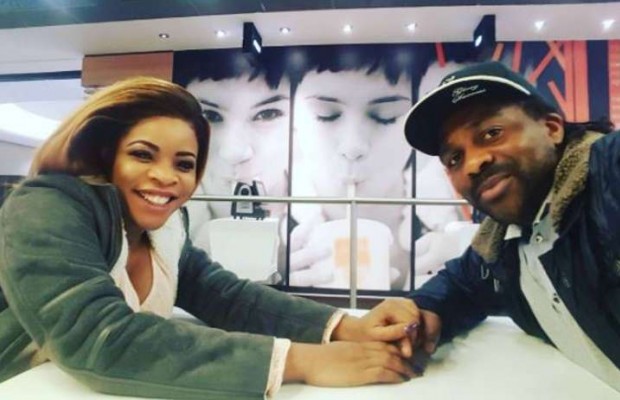 And sources confirm that he has been running around pleading with her family members to plead with Laura not to leave him.

According to another source who pleads anonymity, Laura lives off her celebrity blogger sister, Linda Ikeji who foots most of her bills.

Laura in return reportedly stands as the breadwinner of her home as her husband’s source of income albeit unknown allegedly isn’t enough to sustain her Instagram lifestyle.

Laura who has stopped posting her husband’s pictures and videos for a while is said to be putting up a happy face for the gram while experiencing emotional pain.

However sources say that the split may be temporary and the once happy couple might resolve whatever issue is plaguing their marriage and pose for the gram soon.

The celebrity couple are currently not together at the time of this write up.

Recall that Ogbonna Kanu  was once allegedly married to a British woman, Hannah Turay with whom he had two kids before he married Laura Ikeji.

His baby mama, Hannah Turay in July accused him of not living up to his responsibility as a father to their two children, a boy and a girl. Hannah stated via her Instagram page that she has been a full-time mother to her beautiful children without any support whatsoever for the past 15 years – a bold statement that points all fingers to the father of her kids, Ogbonna Kanu.