His demise has thrown the entertainment industry into mourning as the late Okobo is loved by the Benin people for his amazing talent and effort he put in his comedy. 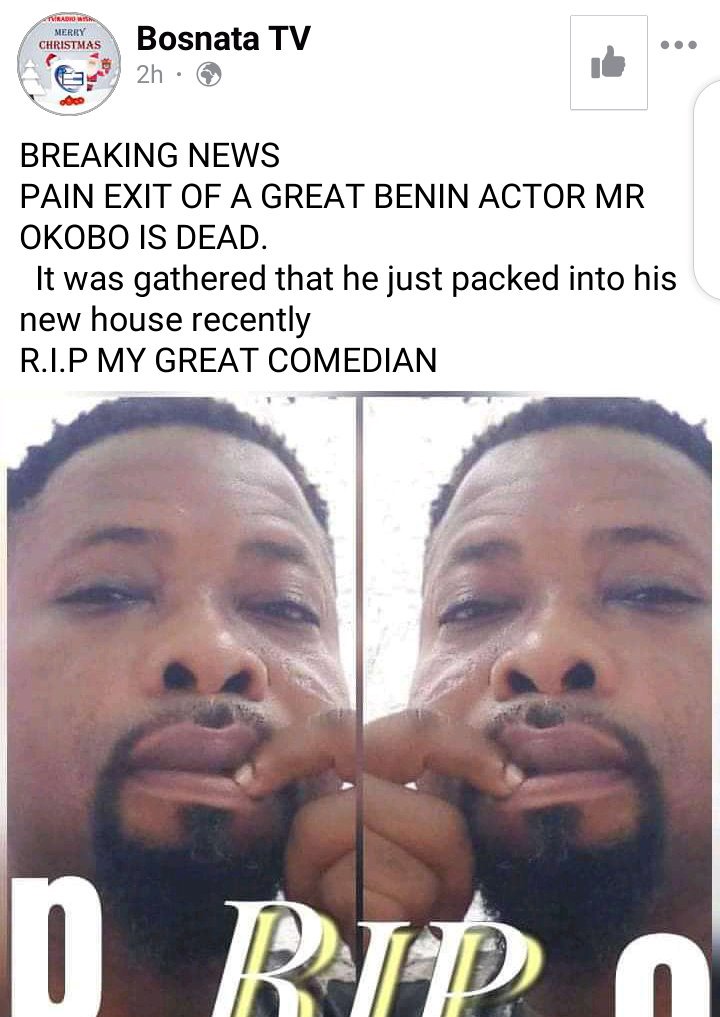 The late Mr Okobo who didn’t rely only on comedy also released music and was also confirmed to be a good actor who can interpret roles.

It was disclosed that the late comedian had just moved into a new house recently before the unfortunate passing away.

May his soul rest in peace