There is plan A by Governor Abdullahi Ganduje to destroy the president’s strongest hold.

According to reports, the demonstrators are disgruntled members of the All Progressive Congress (APC) from Kano State, with hundreds of them brandishing banners.

According to the pictures, a man was seen carrying a placard with a message written on it. “there is plan A by Governor Abdullahi Ganduje to destroy the president’s strongest hold”. the placard reads.

Below are some pictures from the protest ground: 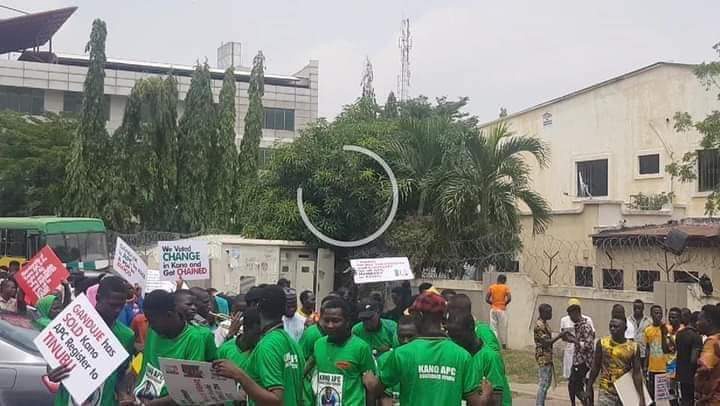 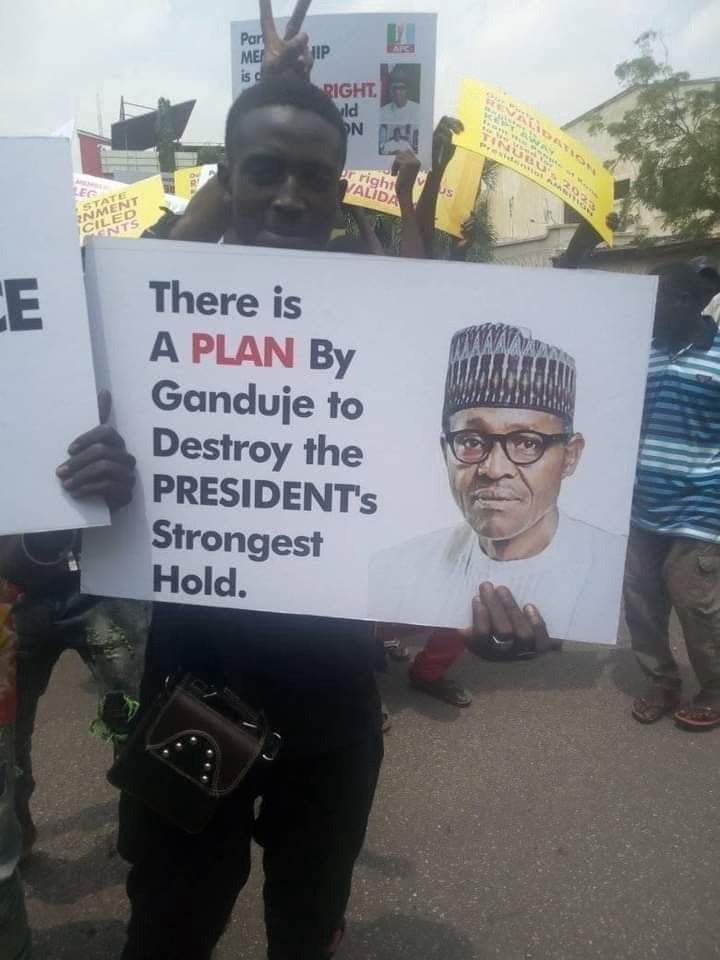 The pictures above show that the Kano youths are against their Governor, Abdullahi Umar Ganduje. 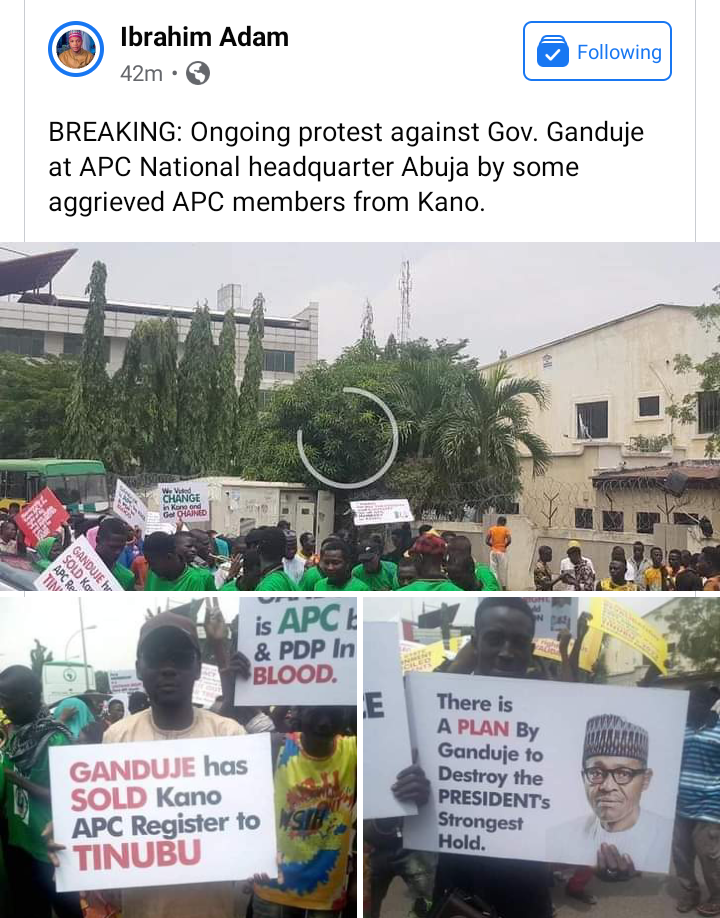