A man of God has met a sad end after being kidnapped.

It was gathered that Rev. Danlami Yakwoi of the Evangelical Church Winning All (ECWA) in Tawari, was tortured and killed by those who kidnapped him.

Information released revealed that the cleric, his two sons and nephew were abducted by kidnappers on July 12, 2021.

According to report, one of his kidnapped son has been released after the family paid ransom while the other two victims are still in the hands of the abductors.

The son revealed that his father was tortured to death by the kidnappers four days before he regained his freedom.

“This is Rev Danlami Yakwoi an ECWA Pastor and local overseer of Tawari Lcc, that was kidnapped some days back died in the hands of his abductor due to sever toture. One of his children who was kidnapped along with him was released. He testified that his father died four days before his release. Pray along, his body is yet to be found and three of his children are still being held by the kidnappers.” HACFO disclosed in a statement on Monday, July 26. 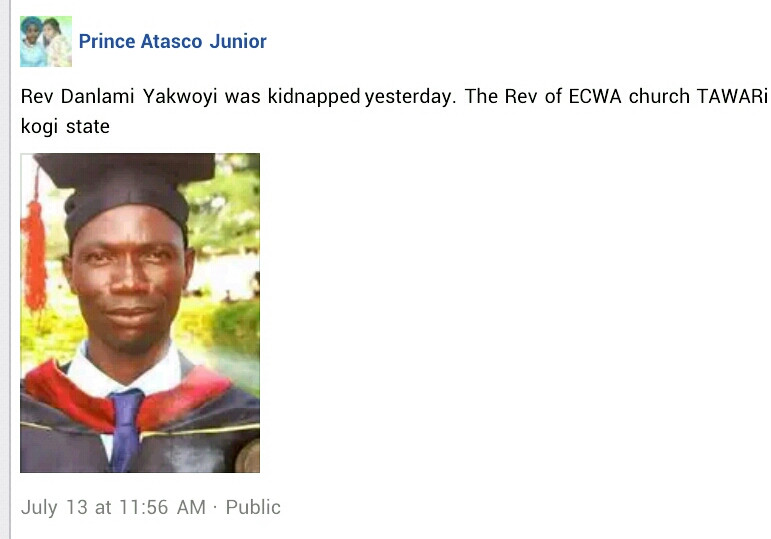 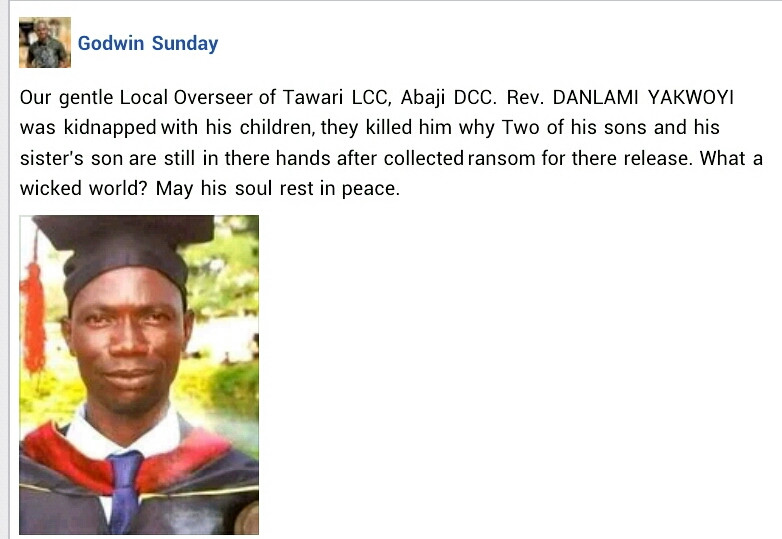 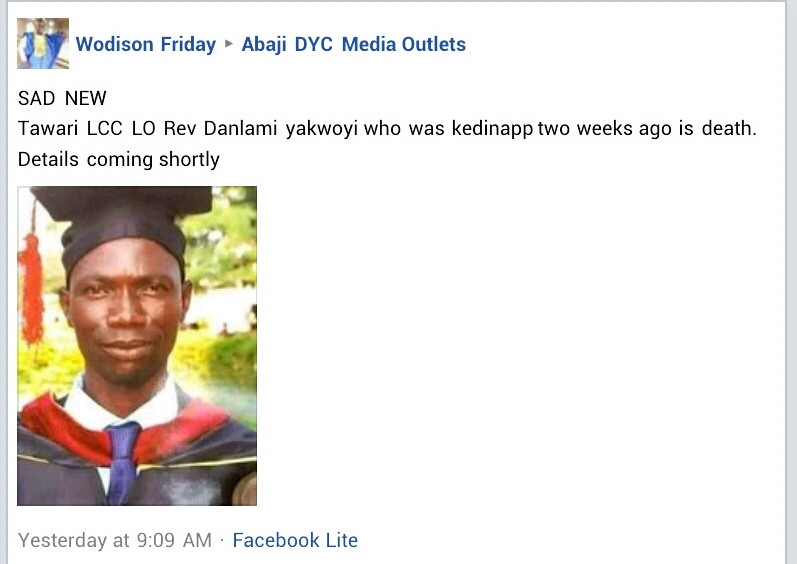