It looks like the video chat Tacha claimed to have had with Twitter boss, Jack Dorsey is fake!

Recall , popular reality, Tacha, shared a video of herself on a ‘muted’ video call with twitter CEO, Jack Dorsey, who recently followed her on Twitter.

Sharing the video on Instagram, she wished the Tech guru a happy birthday and praised Twitter for being the best app in the world, and urged Nigerians to vote for Twitter. The video went viral and increased the reality star’s popularity  worldwide affair.

However, some  Nigerians have taken to social media prove that Tach deceived the public with a sophisticated app and she did it for clout.

Another user also shared a fake video call with Rihanna to justify the claim. 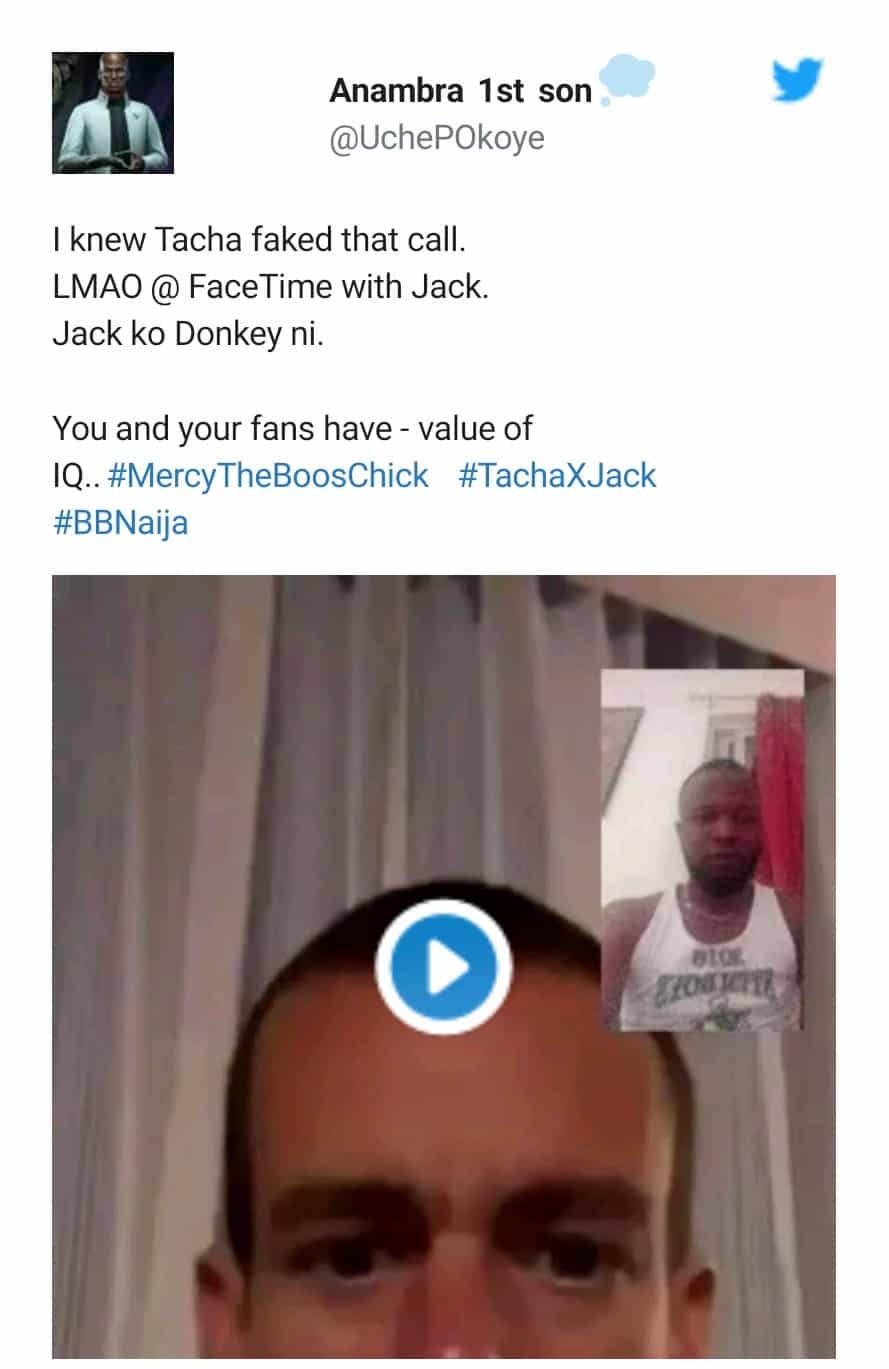 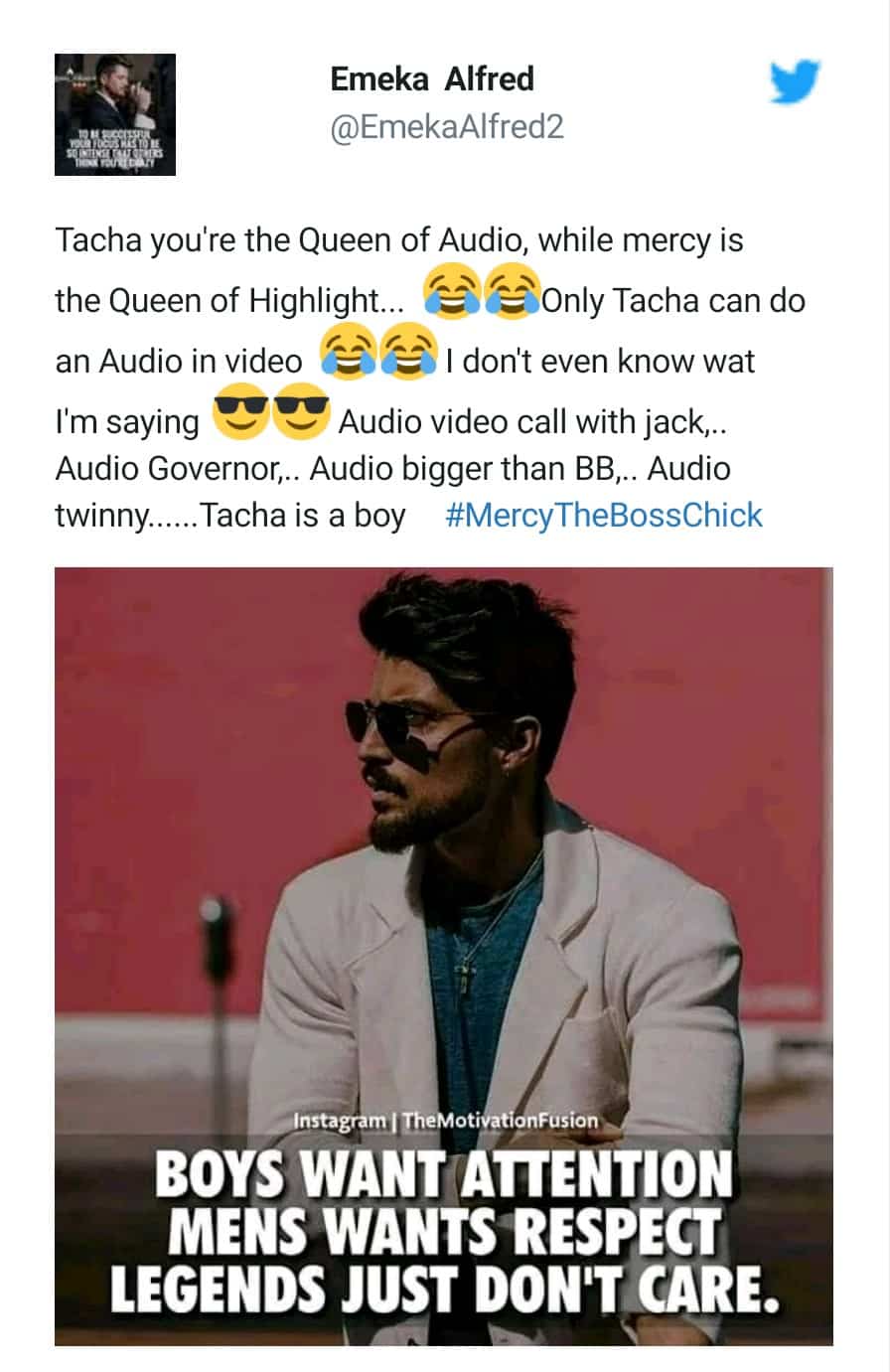