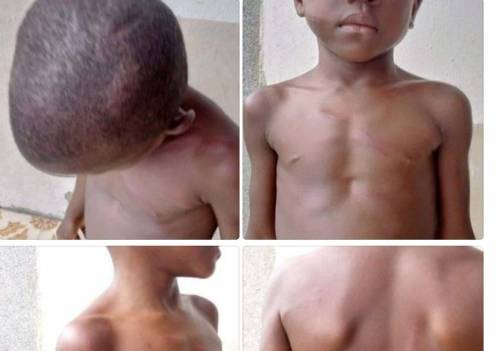 According to SaharaReporters, Victor Godwin, a Nigerian man, has called on the public to ensure justice for a five-year-old girl identified as Favour who is allegedly being abused by her relation.

In a terse message sent to SaharaReporters, the man called on child protection advocate groups to take up the matter and ensure justice is done.

Godwin said he witnessed as a woman related to the young girl abused her on numerous occasions, adding that the alleged abuser often boasts that no one can stop the abuse because she is the one taking care of the minor.

The man described the need to ensure justice for the girl as imperative, especially as according to him, the police have failed in the matter.

He wrote: “Please I need a child protection advocate to take up this case and help this child from the abusive relation. Favour is 5 years old and lives at no 8, New World Street in Calabar, Cross River State.

“She schools at Prince and Princess School, no 4, Imoh Street, opposite New World. I have witnessed this abuse many times. #Savefavour.

“I approached the woman and challenged her about it but she was without remorse; she told me she can do whatsoever she likes because she is the caregiver and this woman’s husband cannot act as a man in the house despite the numerous and prevailing abuses on the young innocent child.

“Please, this child needs help as the police have failed. Please help us broadcast so human right activists can help him.”