Kpomo, also called Kanda is a local name for cow skin in Nigeria. It is one of Nigerians most popular meat.

It is enjoyed by many because it is soft and juicy when used for preparing sauces and soups. Kpomo can be eaten alone when prepared in a sauce. 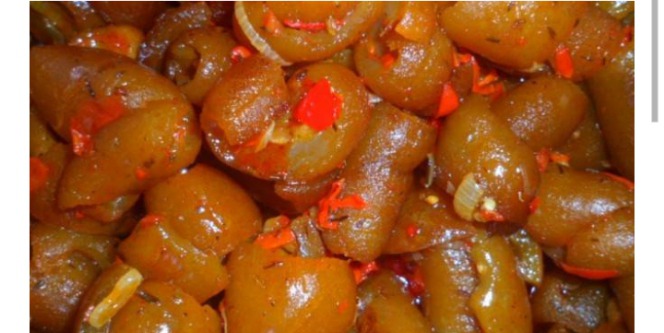 The greatest fear about kpomo is how it is preserved by traders. Desperation leads traders to use Formaldehyde to preserve the kpomo.

Formaldehyde, also called Formalin is an anti decay chemical that is used in treating corpses. Some kpomo traders soak their kpomo in Formalin to increase the thickness and size so they would make more profit. 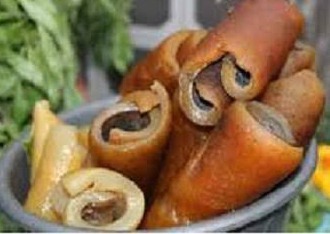 This chemical is very bad when it begins to accumulate in the body, it drastically affects the kidney and liver.

Check out for these signs for you to avoid kpomo soaked in Formalin,

When buying kpomo, touch it gently, then smell your hand, if it has an extremely awful smell, run from that kpomo.

When a kpomo is soaked in Formalin, it becomes very thick. Some sellers might want to persuade you it’s from cow head, it’s better to run from such kpomo.

We have 2 types of kpomo, the black and white/brown one. Please avoid the black ones.

People don’t buy the white one because it usually hard, but its texture is because it is fresh. It is white because the kpomo has been soaked in hot water so the hair can be easily removed.

This method may not be effective, but you can also give it a trial. Learn to ask questions because it is your money.

This is the best because the leg usually comes with a large kpomo which is like the white part, it is also very strong.

You can also buy and dry “Ijebu kpomo”. Soak overnight in water or for some certain hours before using it.

It is softer, which means less time to cook