Binyamin Netanyahu, has stated that there will be no truce until all threats to the lives of Israelis and Jews have been eliminated.

The Israeli-Palestinian conflict is now on its eighth day, with nations all over the world calling for a cease-fire between the two sides. Israel, on the other hand, continues to target and destroy areas in Gaza where it believes Hamas, a terrorist organization in Gaza, stores ammunition and military equipment.

The United Nations is currently holding a council meeting to discuss the rising tensions between the two sides, while both regions disagree on a cease-fire. However, Israel’s Prime Minister, Binyamin Netanyahu, has stated that there will be no truce until all threats to the lives of Israelis and Jews have been eliminated.

See also  You don't need to register again to link NIN with your Sim Card, See what you have to do

The Israel Defense Forces (IDF) also announced that Hamas terror group fired over 2968 rockets into Israel, 439 of which misfired and crashed into Gaza, killing about 20 Palestinians.

The Israeli Defense Forces (IDF) have made considerable strides in their efforts to counter Hamas’ military activity in Gaza. Over 820 terror targets have been targeted, and over 130 Hamas militants have been neutralized, according to their Twitter accounts, with just a few Israeli casualties.

Here is a screenshot of reports From Isreal Defense Forces: 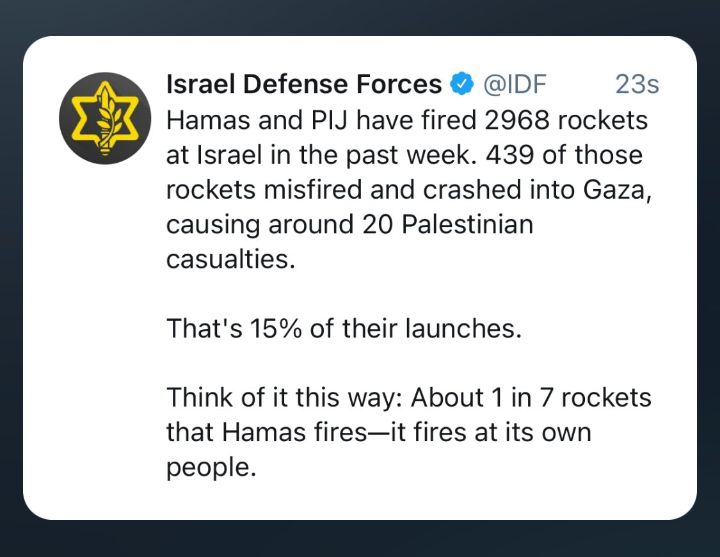 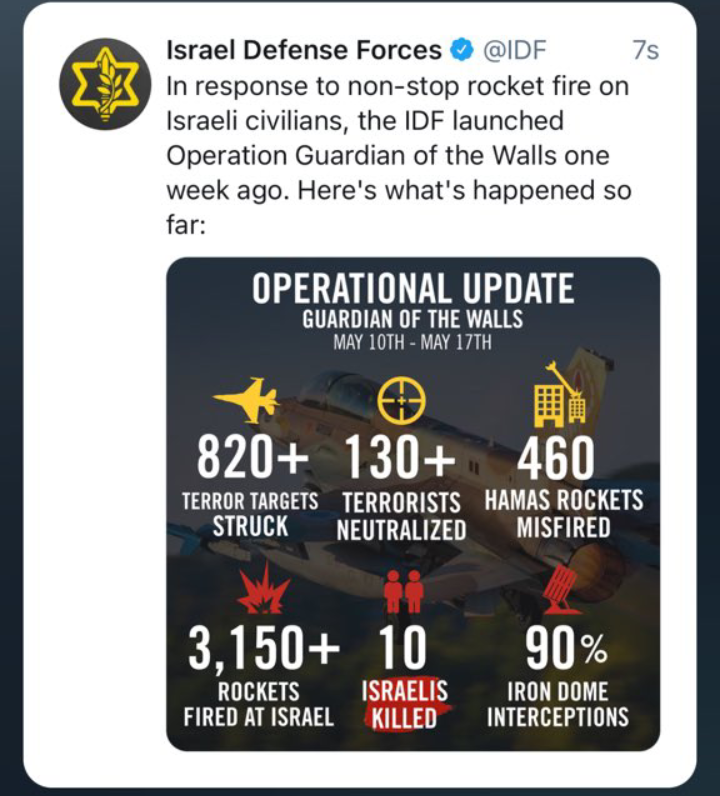 Since its establishment in 1948, Israel has been at odds with its neighbors, with many of its Arab neighbors refusing to recognize its presence. This event sparked a slew of conflicts, including the famous Six-Day War between Israel and the Arabs, which Israel won.

Isreal has also released a disturbing image of its anti-rocket jet bomber, which is capable of destroying Palestine in 48 hours. Palestine is reportedly begging for a truce, according to a Twitter user, but Israel has refused. Isreal has also been identified as a country with formidable military capabilities, and no country will want to confront this Jewish state head-on. 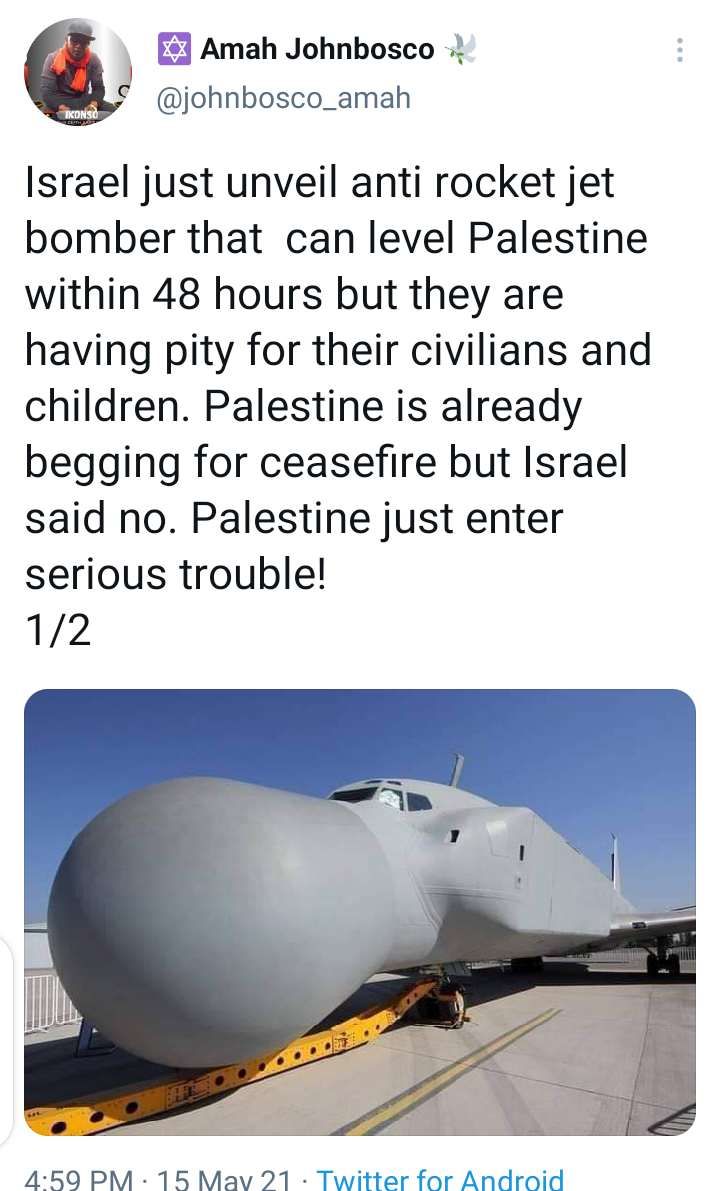