Goma A man has announced that he lost his father to the Ochanja market, Onitsha fire which also consumed their shop.

http://tiffaneejacob.com/tag/giving/ The man, Gerald Ifeanyi Ogbuagu revealed that he lost his father after he had initially sent out a distress message saying his father has been missing since the fire which consumed their shop in Ochaja market, Onitsha, Anambra state. 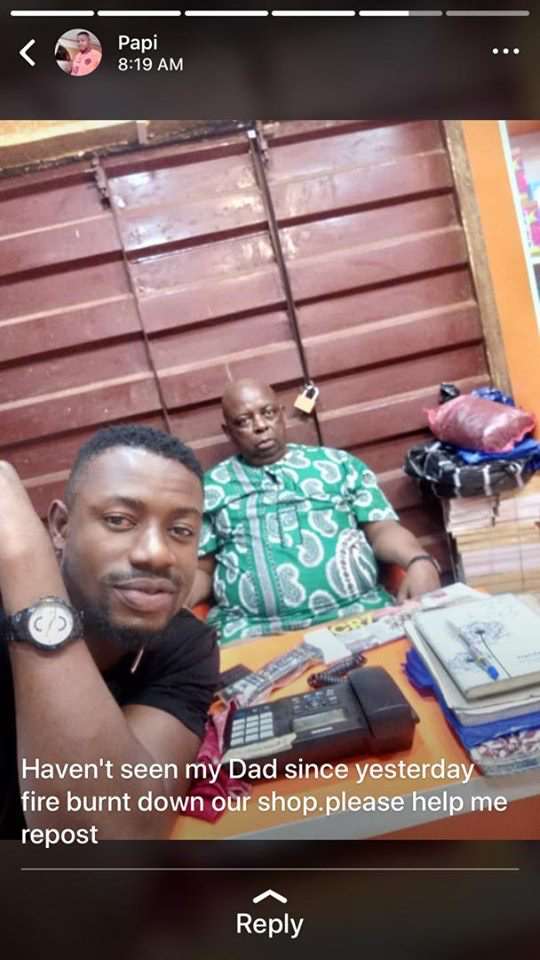 He wrote; Haven’t seen my dad since yesterday fire burnt down our shop. please help me repost.

Eindhoven He has now announced that he didn’t only lose his shop but also lost his father to the fire outbreak.

The fire started after a fuel tanker fell and exploded leading to a wide spread fire that consumed so many shops and lives in Ochanja market and its environs. It was indeed a black day in Anambra state.

According to reports, help didn’t come until after about 2 hours when Delta state fire service responded to the emergency. 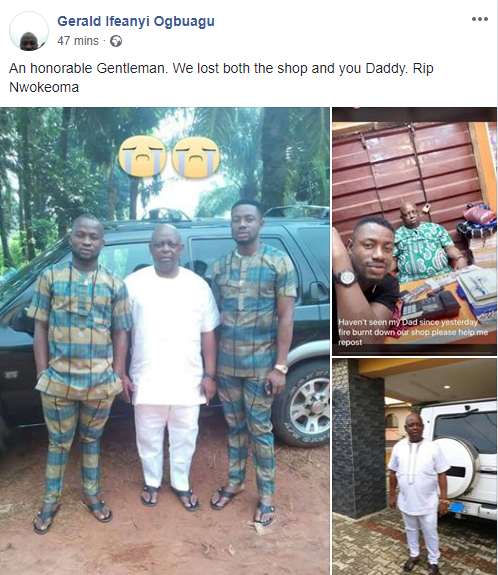