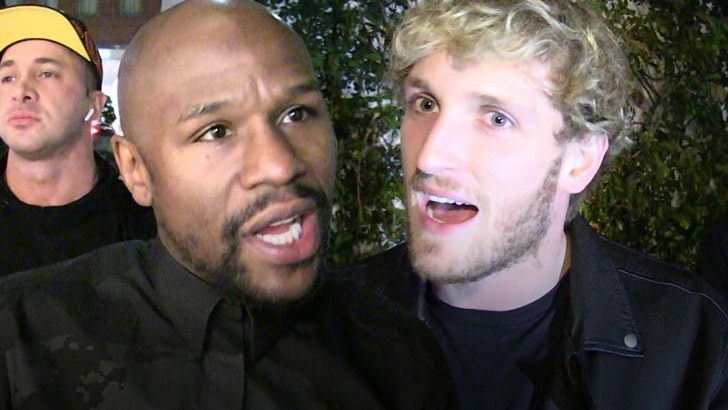 So grab a snack and stretch your legs, but be sure to check back in when things kick off in a matter of minutes.

This should be good …

Logan Paul and Floyd Mayweather are going to stand face-to-face in Miami on Thursday in an event to promote their upcoming boxing match … and you KNOW it’s gonna be a spectacle.

READ  I’m Old Enough For Marriage, But My Mind Tells Me I'm Broke

It’s all going down at 12 PM PT — and we’ll live stream the whole thing here.

Logan has been extremely confident he’ll be able to bang with one of the greatest pugilists of all time. Expect to hear a lot from him.

Floyd — who’s 50-0 as a pro fighter — is also a master trash talker who famously verbally sparred with Conor McGregor for months leading up to their big fight in 2017.

So, when Floyd and Logan — two masters of promotion — get together, you know it’s gonna get crazy.

READ  Mercy gets first gift since she left the house, Shades Tacha, said ‘it's not audio money’
Advertisement. Scroll to continue reading.

The two are set to throw down at Hard Rock Stadium in Miami on June 6. Ex-NFL star Chad Ochocinco has agreed to fight on the undercard, though his opponent has not been confirmed yet.

Chad is also expected to be at the media event on Thursday — so plan to hear from him as well.

Logan is 0-1 as a pro boxer — losing his first sanctioned bout to YouTube star KSI in a controversial decision.

His younger brother, Jake Paul, on the other hand, is 3-0 as a pro … coming off an impressive knockout victory over UFC fighter Ben Askren.

READ  "I played a taxi driver"