Laila Charani has sent a message to all the people reaching out to her following the disgrace she suffered in the hands of her ex-husband, Ned Nwoko.

Recall that Nwoko had called her out revealing shocking details on why they divorced.

Ned Nwoko had accused Laila Charani of cheating on him and abandoning their kids abroad.

He further stated that she squandered the money meant for the kids on plastic surgery.

Just after the revelation by Nwoko, Charani shared lovely photos of herself telling fans that she’s happy with the life she’s living now as a model in her country.

In another post, she appreciated all those supporting and showing her love since her ex-husband’s revelation. 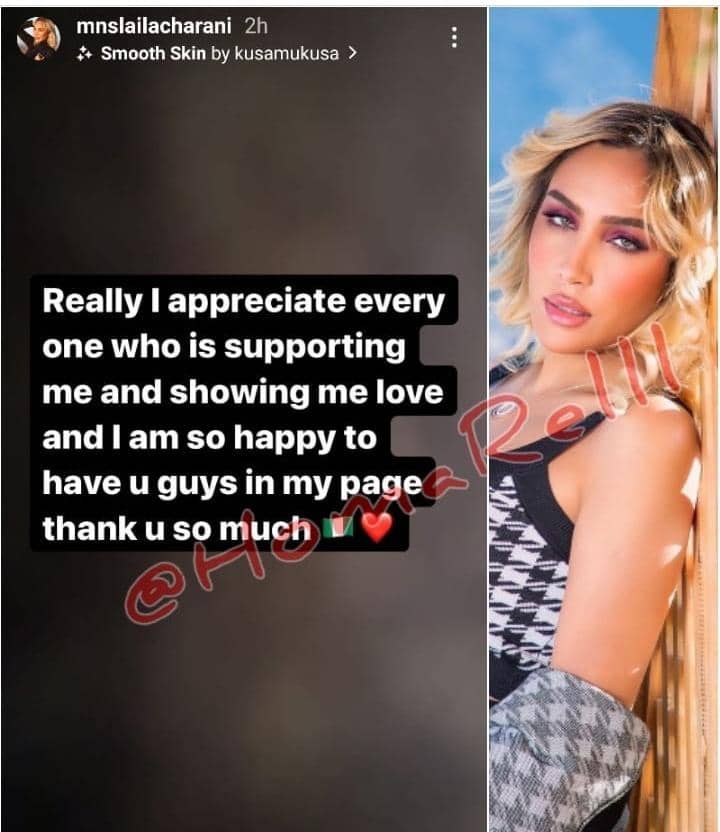