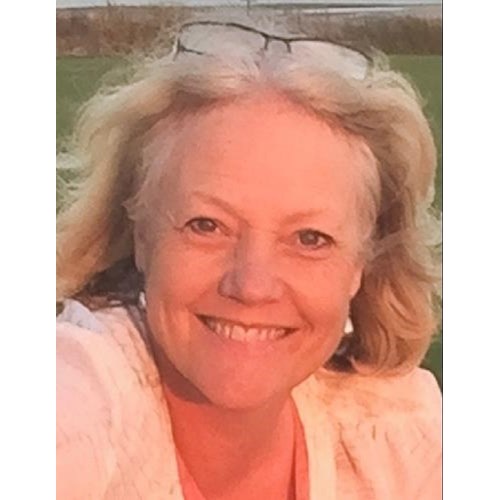 Kathryn “Kathy” Kinder January 29, 2022 Kathryn “Kathy” Anne Kummer Kinder, 66, of Skaneateles, NY, passed away peacefully with her family surrounding her on Saturday, January 29th. Kathy was born in Lawrence, Kansas, May 6,1955, to parents, Mary Jewett Kummer and Richard Kummer. When she was 8-years-old, the family moved to State College, Pennsylvania, where both parents were full professors of engineering at Penn State. As a child, Kathy’s love of music blossomed as she studied voice, cello and piano during the school year. Her father was a guest lecturer at numerous colleges in the west during the summers, so the family traveled extensively during her teenage years, including to many National Parks. After graduating from State College High, Kathy, a gifted artist, went on to attend Penn State as a graphic design major. In addition, she continued her musical pursuit as a member of the Penn State Choir and its College’s Concert Committee. The later afforded her the opportunity to meet a musical favorite, Bruce Springsteen. She also had the opportunity to meet President Eisenhower in person. While at Penn State in 1976, she was able to sing with “Be Glad Then America,” staged and conducted by the Opera Singer, Sarah Caldwell. The New York Times reported, “Pennsylvania State University has scored a major victory in the Bicentennial culturalevents race with the premiere of John La Montaine’s “Be Glad Then, America.” During her freshman year she met her future husband, Ted Kinder, while engaged in a game of pinball at Play Land on College Avenue. He was a senior at Penn State from Marcellus, NY. After Kinder completed Grad School at Virginia Tech, Ted and Kathy were married at the First Presbyterian Church in State College in June of 1976 celebrating an early form of today’s mini-moon in Pennsylvania’s Bucks County and Atlantic City, NJ as a grand western tour in a blue converted Econoline van was planned for the fall. They barely made it back from that trip before Ted was offered a job with a developer in Kalamazoo, Michigan and the couple was on the road again. The Kinders moved to Central New York in late 1978, settling in Skaneateles to start their own construction and development firm, MCK Building Associates, with two partners. Kathy worked as a bookkeeper, office manager, painter and really whatever was needed in their start up. In addition, she established her own graphic design business -Enchanted Prints – creating and marketing a colored pen and ink of State College’s village center. When MCK was on steady ground, she switched to working part time for West Lake Conservators, an art restoration company, located closer to home in Skaneateles’ hamlet of Mottville. Later, she worked part time as the bookkeeper at the Ultimate Goal in Marcellus, a soccer center that she and Ted owned with two other partners. The Kinders are longtime members of the First Presbyterian Church of Skaneateles where Kathy sang in the choir and was a member of the Bell Choir. She also sang with the Marcellus Choral where she engaged in several tours including 10 days in Greece. In addition, she performed in the town’s talent show, Skan-E-Antics. She and her husband, Ted, developed the Skaneateles neighborhood of Autumntree Court, where they have lived for 34 years. She not only helped design the project and came up with the name, Autumntree Court, but was considered the reigning Queen of Autumntree Court in very good standing. Thanks, in part, to her efforts the neighborhood was very close and had annual parties and golf events. During one of the neighborhood’s golf opens at Auburn Country Club she distinguished herself by hitting her drive through the club’s pro shop. Kathy loved attending Penn State football games where the Kinder’s have been season ticket holders for 45 years. She greatly enjoyed the family’s membership at Skaneateles Country Club for over 30 years, especially lounging around on the family party barge with friends. She had a working knowledge of the Bible, and a pronounced love of all thing’s chocolate. She absolutely loved all animals. She loved her own kitties, but she also had a special relationship with most of her friend’s dogs. Her greatest accomplishment was her marriage and the solid home she made for her family and friends. Kathy was the consummate sports Mom for her three athletic children, Jamie, Chris and Kate, logging thousands of driving miles and making life-time friends at her kids many sporting events. There was always an open-door policy at the Kinder’s Skaneateles homestead where music and laughter abounded. She was happiest when a pile of kids were running around playing in the yard or even laying around the house watching sports or a good movie. Her beautiful, natural smile put everyone at ease as soon as they met her. She is predeceased by her parents and survived by her husband of 45 years, Ted Lewis Kinder, as well as their three children, Jamie (Chrissy) Kinder of Camillus, Christopher Kinder (Laura) of New Canaan, Connecticut, and Ashley “Kate” (Sebastian) Ibanez of Skaneateles. She has six grandchildren: Emma, Colin, James, Adrianna, Adeline and Owen and her two brothers Kurt Kummer of San Antonio, Texas, Mark Kummer (Sheri) of Fryeburg, Maine. She also leaves behind her Aunt G.E. and Uncle Jack Carter of Missouri, her sister-in-law Laurie (John) Sorge of Raleigh, North Carolina, several cousins, nieces and nephews and her beloved orange cat Sunny. A memorial service will be held at 11am on Thursday, February 3rd, at the First Presbyterian Church, Skaneateles. Followed immediately by a reception. In lieu of flowers, please consider making a donation to the Alzheimer’s Association. To send condolences, visit robertdgrayfuneralhome.com.