Aisha Yesufu, a well-known human rights campaigner, has spoken out once more. Aisha Yesufu is a woman who never hesitates to speak up when she feels like it, regardless of the consequences. 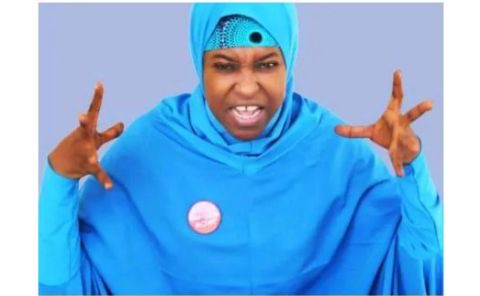 According to a tweet she made this evening, she started by making it known that there are no place where there are no indigenous people with a different religion from that of the majority.

Furthermore, she claimed that Kano State has indigenous Christians known as maguzawa. She went further and added that these people are the original indigenous people of Kano, just like native Indians of the United States of America. 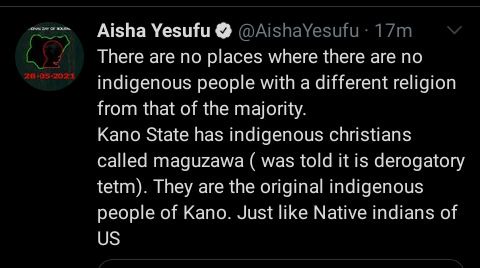 That is a good one from Aisha Yesufu. I think she has made a vital point here. There is no part of the world where you will not see indigenous people with a different religion from that of the majority. In the southeast region, there are Igbo Muslims, just the same way we have Christians in Kano State.