Frank was said to have killed himself by tying his trousers to the metal frame of his cell door.

According to information obtained by Newsleverage, Frank Akpan, the assassin of Hiny Umoren, was discovered dead in police custody at the Ikot Akpanabia Akwa Ibom State Police Command.

Frank was said to have killed himself by tying his trousers to the metal frame of his cell door. 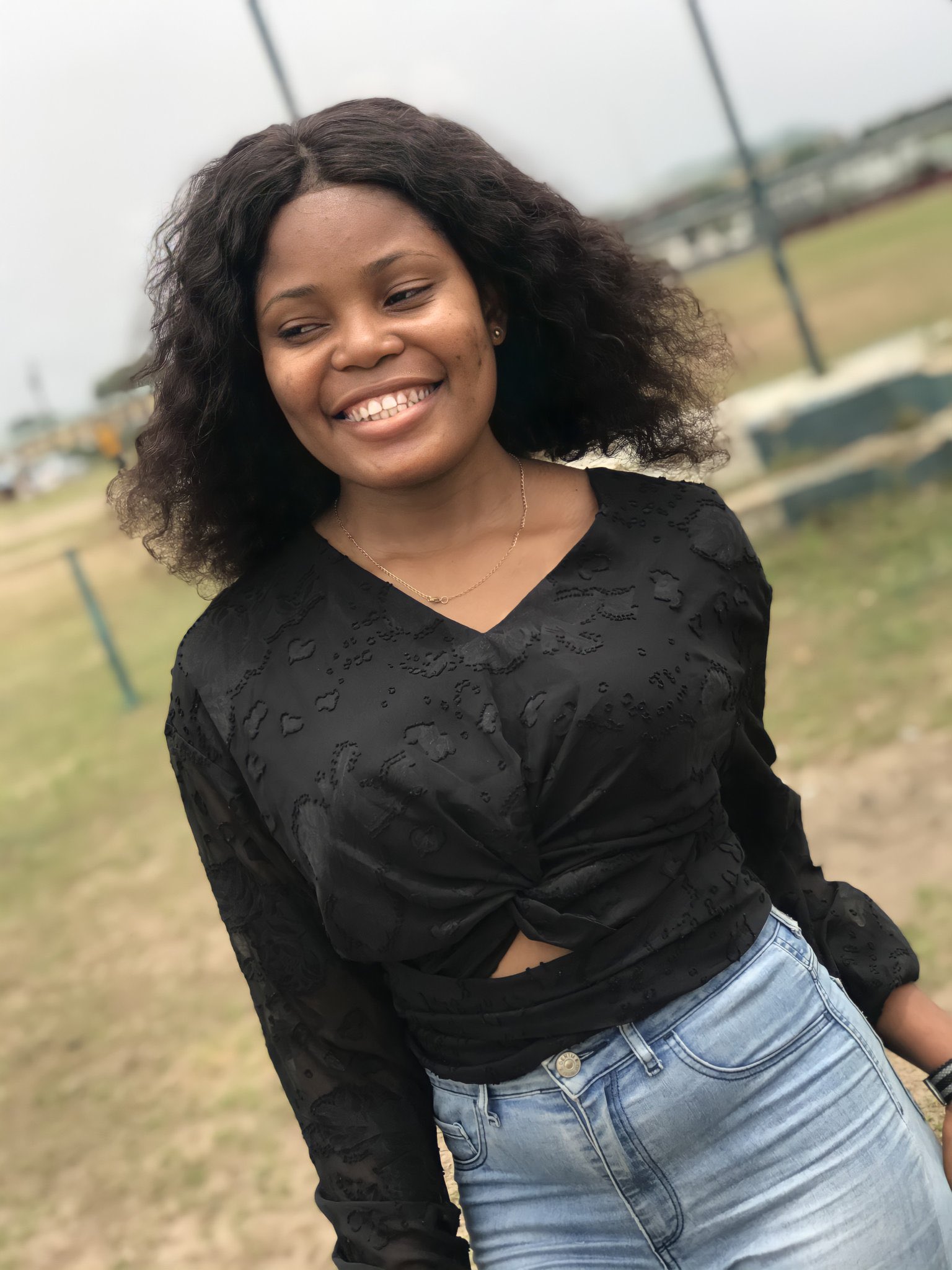 Frank was last seen alive on Wednesday at 19:30 p.m. when he was served bread and edikaikong soup.

A young man in his twenties from Uyo was arrested for the gruesome murder of a job seeker, Hiny Umoren.

See also  Billionaire Femi Otedola prays for his daughter, Cuppy against spirit of disobedience on her birthday 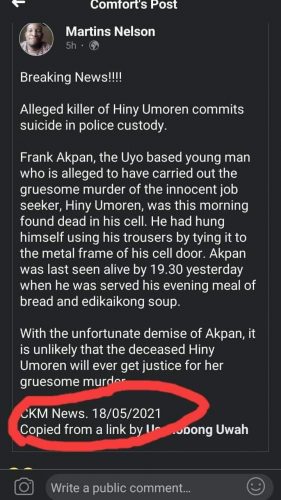 The Akwa Ibom State Police Command is yet to confirm the report.

It’s unlikely if Umoren will get a well-deserved justice.