Some women, like Jackie Redmond, have made a difference in the world of sportscasting, which is largely controlled by men. Jackie Redmond has demonstrated that some women do have what it takes to hold their own in sports affairs.
She works for Rogers Sportsnet as a sports and news anchor, reporter, and producer.
SLEEKGIST learnt that Jackie Redmond was chosen one of the 60 sexiest female sports reporters of 2013, proving that she has retained her femininity.

SLEEKGIST gathered that her illustrious career as a presenter has endeared her to many sports fans, who flock in droves to any program she appears on to see her do what she does best: critique sporting events.
Continue reading to learn more about her history and how far she has come.

Jackie Redmond was birthed on the 12th of April, 1986, in Toronto, Canada as one of the two daughters of her parents who are of a white ethnic background. She was raised alongside her sister by their father Steve who is a sportsman and had an enormous influence on his daughters as they both grew up loving the game of hockey which they also played. Jackie on her part is also a big fan of baseball and basketball.

All of Jackie’s education was done in Canada; she attended the University of Guelph-Humber in 2006 and graduated with a BA in media studies. She thereafter went on to get a journalism diploma in 2010. After graduation, Jackie Redmond worked as an intern for Entertainment Tonight Canada for 4 months before she hit her big break in 2011 when she won the Gillette Drafted: The search for Canada’s Next Sportscaster season 3. This win was iconic because she was the first female to win the contest.

Since the win which made her a good target for sports networks, Redmond has worked for some big networks such as Sportsnet Central and WWE. Working for these networks, she soon became notorious for not backing down on media presentations especially because she has a commanding voice as an on-air personality.

There is no doubt that Jackie has caught the eye of her viewers and media networks have been doing everything to put her out there. Her most recent accomplishment was landing a contract to host on NHL and the MLB Network. She was on the cover of ‘On the Go’ magazine which is said to be Toronto’s favorite commuter magazine. The segment captured her views on WWE, Misplays, Karma and Life in general to the delight of her many fans who eagerly want to know what she thinks. 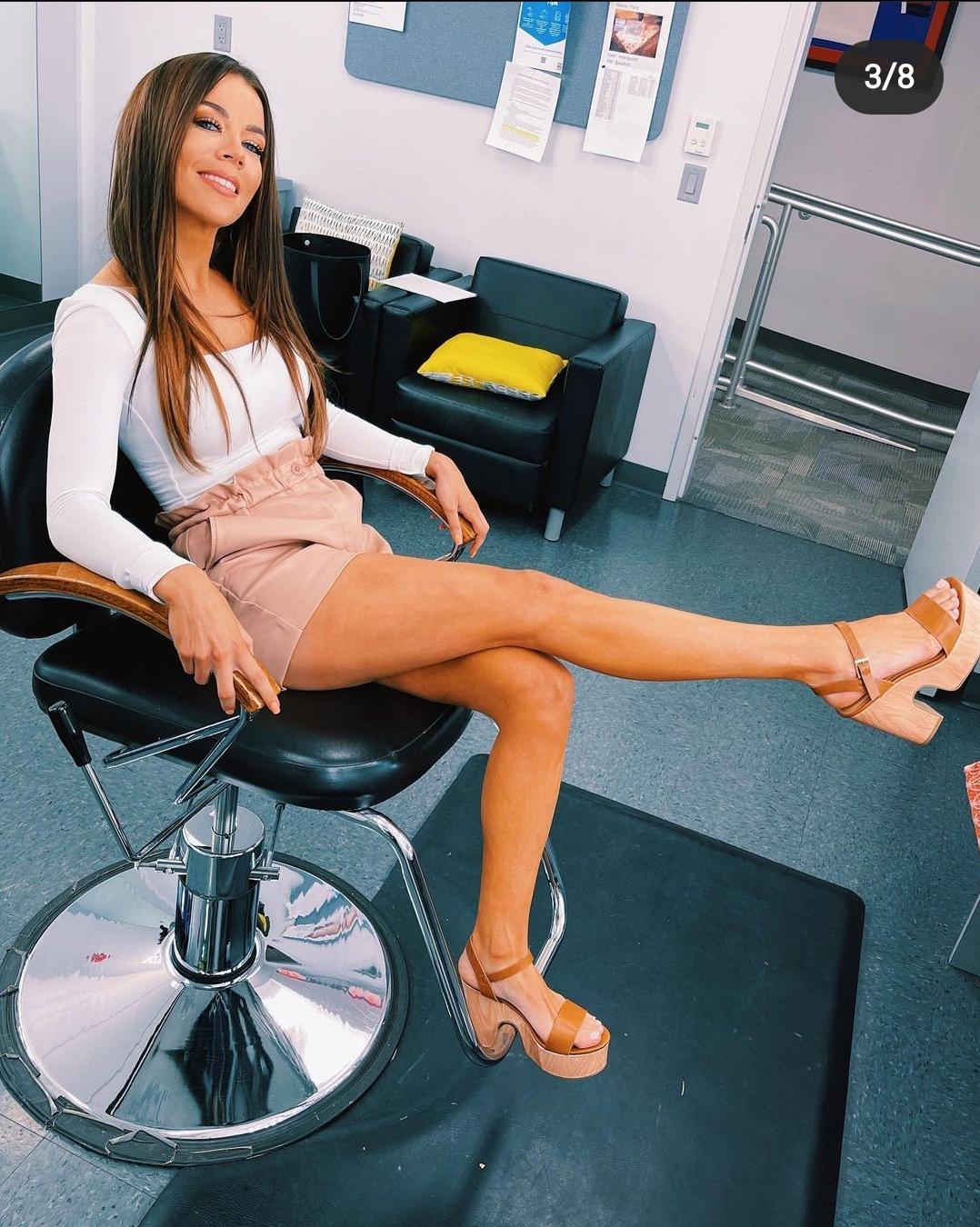 Is she Dating or Married (Boyfriend or Husband)

Named among the 60 sexiest female sports reporters of 2013 and having an amazing figure with a height of 5 feet 6 inches, Jackie isn’t lacking in assets that draw men to her. However, the Canadian television presenter is known for her low-key personal life. Although she is relentlessly adept at exploring the happenings in sports and other news events, the media personality is even better at keeping her personal life away from the media.

See also  Who Is Blas Canto's Partner? Is He Gay? Personal Life Details

Jackie Redmond has shared various posts hinting at having a boyfriend in the past. On a reply to a post on Twitter on the 3rd of November 2011, she said that she learned a thing or two from her last boyfriend. From the foregoing, she is definitely in the dating game but is not married, which means she has no husband. Some sources following up the young diva’s personal life suggest she is dating someone named Dylan Rochon, but this has not been substantiated because the duo has not made any comments with

Jackie has done well for herself as a media personality with so much to still give, has an estimated net worth of $400 000. Considering the fact that the media sensation is nowhere near retiring from sports reporting, her net worth is expected to see a significant increase in the coming years.