Popular blogger, Tunde Ednut who in time past have shown his utmost dislike for BBNaija ‘s Tacha and her numerous fans, took to social media to take a major  swipe at her fans.

Recall that indigenous rapper Zlatan Ibile  earlier today, declared his love for Tacha. Well reacting to Zlatan’s open show of love for the reality star,Tunde Ednut took to his Instagram handle to share a screenshot of Zlatan Ibile’s tweets and curse her fans (Titans). “Something I WILL NEVER DO. It will not be better for TITANS… No be only Titans, na Titanic. Ozuors. Awon Eranko. Awon Okugbe!” Ednut wrote. 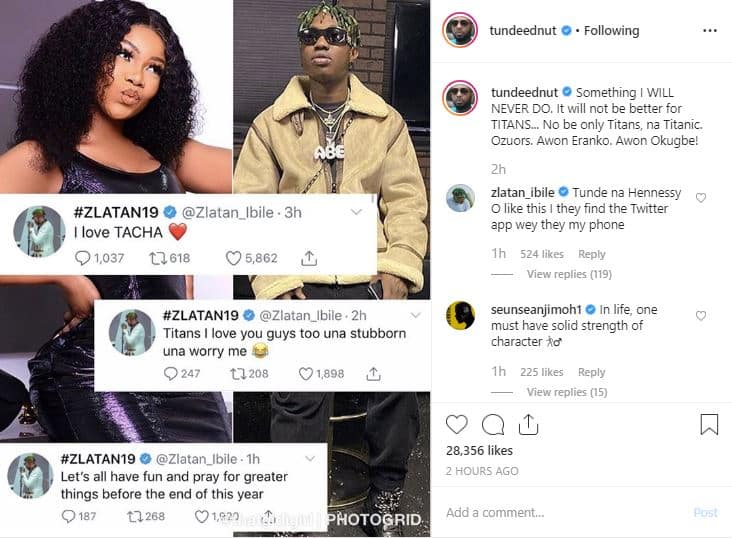 Earlier today, Zlatan took to his Twitter handle in the early hours of Monday to say he loves Tacha and her fans, after he released a diss track shading her on her ‘body odour’ claims.

He wrote “I love Tacha, Titans I love you too, Una stubborn, Una worry me”