What exactly is semen?

Semen is a “viscous, creamy, slightly yellowish or greyish” substance made up of spermatozoa — commonly known as sperm — and a fluid called seminal plasma.

In other words, semen contains two separate components: the sperm and the fluid.

Sperm — about 1 to 5 percent of the semen — are the tadpole-like reproductive cells that contain half of the genetic information to create human offspring.

The seminal plasma fluid, which is about 80 percent water, makes up the rest.

Is it actually safe to ingest?

For the most part, yes, the components that make up semen are safe to ingest.

Swallowed semen is digested in the same way as food.

However, in very rare circumstances, some people might discover that they’re allergic to semen. This is also known as human seminal plasma hypersensitivity (HSP).

Though rare, this sensitivity is something to be aware of in case you find yourself experiencing an allergic reaction. 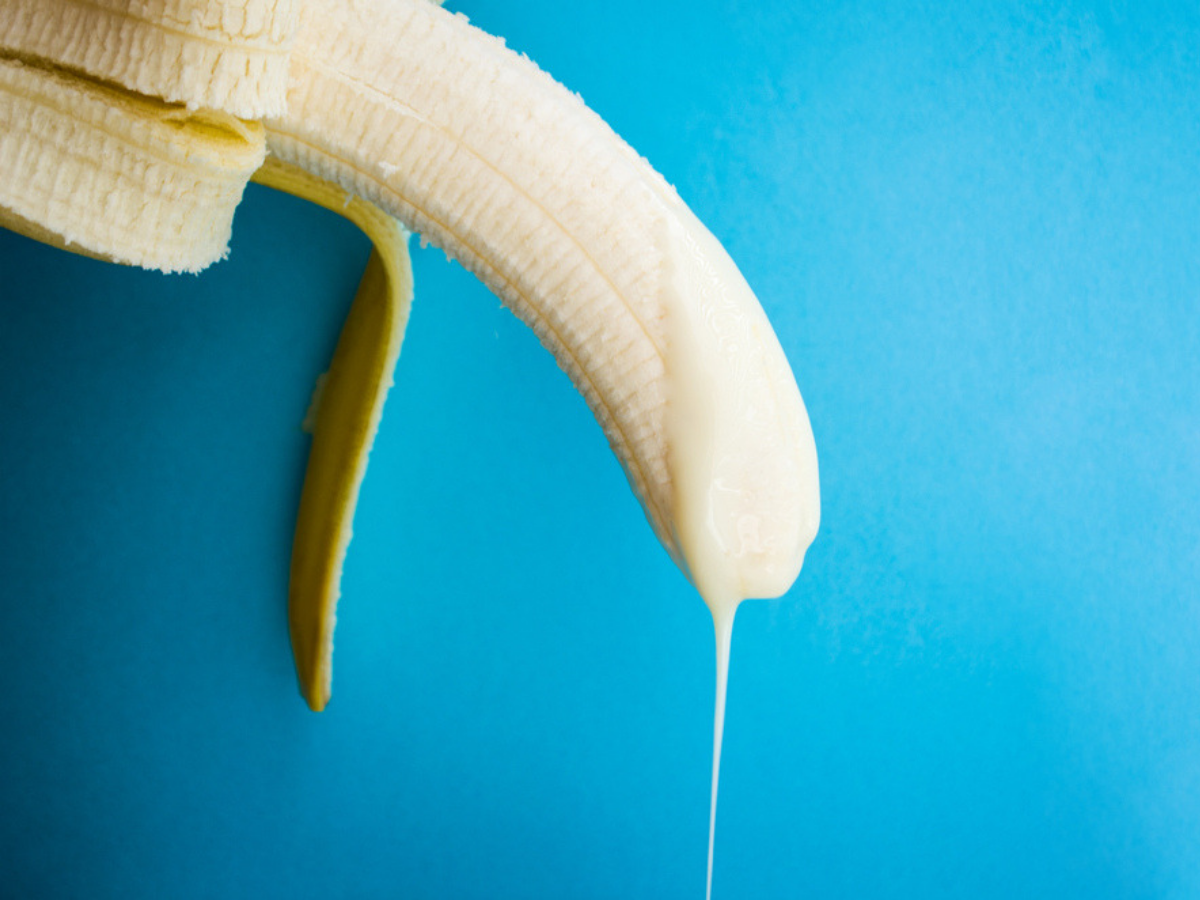 Is it as protein rich as everyone says?

Despite its reputation for being a rich source of protein, you would likely have to consume gallons of semen to see any dietary health benefits.

Although the amount of ejaculate varies from person to person — depending on a variety of factors, such as age and health — protein is only a small part. It’s about one-twentieth of the entire fluid.

What else is in semen?

Along with the sperm, protein, and water mentioned above, semen also contains a variety of other components, including:

sugar, both fructose and glucose
sodium
citrate
zinc
chloride
calcium
lactic acid
magnesium
potassium
urea
If it has actual nutrients, does that mean it has calories?

Yes, but not as many as you might think. Contrary to popular belief, sperm isn’t highly caloric.

Each teaspoon of ejaculate — the average amount of ejaculate produced at one time — is around five to seven calories, which is about the same as a stick of gum.

There’s no single description of what semen tastes like because it can vary from person to person.

Although there isn’t a direct link proving that a person’s diet directly affects the taste of their sperm, there’s some anecdotal evidence.

There are a few foods that could make semen taste more palatable, or less acidic, such as:

On the other hand, many believe that a more intolerant bitterness could be attributed to other foods, as well as drug-like substances, such as:

Similar to taste, the smell of semen can vary quite a lot depending on circumstances like diet, health, and hygiene.

In many situations, semen can smell like bleach or other household cleaners. This has to do with its makeup of ingredients, in order to provide a pH level where the sperm can thrive.

Unlike the vagina, which naturally skews more acidic, semen tends to be neutral or slightly alkaline.

On the other hand, if semen smells musky or fishy, this could be due to outside factors.

Like taste, a more putrid smell could be attributed to diet, in the same way that asparagus affects the scent of urine. Sweat and dried pee can also make it smell bitter.

Is it really a mood booster?

Potentially! There’s some research that shows there could be natural antidepressant properties in semen.

A 2002 study conducted by the State University of New York at Albany surveyed 293 college-age females to see if exposure to semen, without the use of outside condoms worn on the penis, affected their overall mood.

According to the survey, those who were directly exposed to semen showed significantly better mood and fewer symptoms of depression.

However, this study should be taken with a grain of salt.

Although the above study’s findings leaned in favor of semen as an antidepressant, the National Health Service of the United Kingdom points out that engaging in sexual activity in general is linked to a decrease in depression.

As with any claims, more research is needed to validate the findings.

What about stress relief?

In the same vein as the studies that show evidence for the natural antidepressant properties of semen, some believe it could also have stress-relieving properties.

This claim is due to the mood-boosting properties of oxytocin and progesterone hormones, the both of which are found in semen.

It’s also thought that vitamin C and other antioxidants found in semen may help reduce sperm impairment by fighting oxidative stress within semen.

Are there any other health benefits?

Maybe. Similarly to how some studies have shown mood-lifting and anxiety-reducing benefits, semen exposure could help with pregnancy health.

A 2003 case-controlled studyTrusted Source found that females who were exposed to sperm for longer periods, both before and during pregnancy, were less likely to develop preeclampsia, a rare pregnancy complication.

However, this is only one study, and more research is needed to support these findings.

Why do some people get tired afterward?

This may explain why some people feel tired after swallowing semen or being exposed to it during intercourse.

There hasn’t been any research on this, so there’s no way to know for sure.

Can swallowing put you at risk for an STI?

Just like any other form of unprotected sex, swallowing semen can put you at risk for an STI.

Before you and your partner engage in any unprotected sex, including oral stimulation, make sure to have a conversation about when you were last tested or if you think you should get tested.

I heard some people are allergic — is this true?

Although there isn’t a lot of hard data, semen allergies may affect up to 40,000 females in the United States.

Symptoms of a semen allergy usually show up 20 to 30 minutes after contact or ingestion and may include:

Seek immediate medical attention if you have trouble breathing or experience other signs of a severe allergic reaction.

Symptoms of allergy will likely vary from one person to the next, as will the duration of symptoms. See a doctor or other healthcare provider if your symptoms persist or worsen.

So is it better to spit or swallow?

Whether you choose to spit or swallow is entirely up to you and your personal preferences.

Before making a decision, make sure that you have an open conversation with your partner about their STI status. This will help you evaluate the overall level of risk.

In the end, you should only do what you’re comfortable with.