Her voice has thrilled and inspired millions of radio listeners across the country. But recently, she was in the news when she quit her job at Wazobia FM, after 11 eventful years.

In this interview, award-winning broadcaster, Omotunde Adebowale David aka Lolo 1, opens up on why she quit her radio job, challenges of motherhood and future plans among other issues. Enjoy it.

Fabulous! I transited from one job to the other, the year has not been as tasking as I expected. But I have accomplished a bit more. Before the end of the year, you will see me releasing my movies. This year will see me doing my comedy combat and my stage play, so it has been a good year.

Tell us about growing up.

Would I say I was born with a silver spoon? I don’t know. Maybe, sliver or should I say bronze? I come from the average family of the late ’80s when we had a very strong middle class; so I think I wasn’t born poor. Dad was a printer who had his own printing company. My upbringing was basically in the boarding house for a long time. I went to the boarding house when I was in primary 3 and I stayed till I finished secondary school. I spent a lot of time in boarding school, so it made me very independent. You know, being away from home for a very long time when I was young made me very independent, and today, I can say I am a one-man army (laughter). 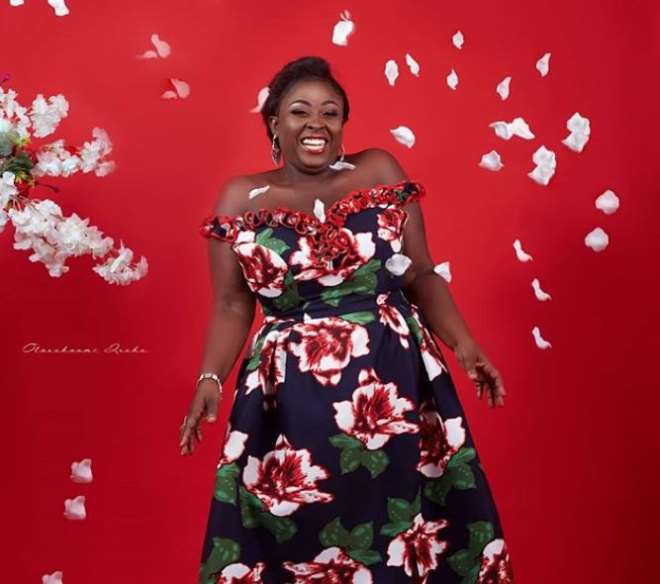 Your quitting Wazobia FM took fans by surprise. What informed that decision and what’s your next plan?

Wazobia FM has been such a blessing to me and I am so excited for all the advancements; but no matter how much you love your brand, the desire to grow cannot be suppressed, and that is what I am doing. I want to keep aspiring as new opportunities open up. Even though, I am doing something new, I am not ready to give it off now because it is still cooking. But then it is still in line with radio.

You’ve been in broadcasting for the past 15 years, what were the high points?

I started out with Metro (FM) where I cut my teeth. That was where I went on air for the first time with Modele Ope and met the likes of Delight Alfred, Frank Edoho and Charles Anozodo. Wazobia FM changed a lot for me.  I had my first set of awards and the job gave me access to big names and celebrities. I don’t think there is any A-list artiste that I have not interviewed. I had the privilege of interviewing ambassadors and even the vice president and traveled extensively. It has been an amazing and rewarding journey with so many high points.

How about the low points?

When I started pidgin broadcasting, I had an experience. I have done English programming for a long time hence pidgin challenged me at first. I was on Cool FM, doubling as a newsreader when I called Roger Federer ‘Roger Federerer’. Before I knew it, it was in the newspapers how terrible the newscaster was! How I couldn’t pronounce Roger Federer right. It was in a national daily, so you can imagine how devastating it was for me. I remember another instance when I was on radio as a new broadcaster and someone said ‘get that person off the air. She doesn’t know how to speak pidgin’. Tell us about your role models?

Ruth Benamaisia was one of my role models growing up. I loved watching her on NTA news and I would be like ‘she’s so dark and beautiful’. I also looked up to Ophra Winfrey because she’s everything I dreamt of becoming. Tyler Perry? Yes, when it comes to movies and the kind of movies I would like to produce. Because I do a lot of things, I have different role models. Coming back home to Nigeria, I look up to Funke Akindele because she has done a lot of great stuff.

You starred in Funke Akindele’s Jenifa Diaries. What was it like working with her? Any plans to go into Nollywood fulltime?

I love working for Funke Akindele. She is an amazing producer, costumier, director and everything rolled into one, and she is awesome! She deserves every accolade she is getting today. She is tough on the job but that only helps you get better as long as you are willing to listen to instructions. I am doing Nollywood on a small scale for now, because I still have a regular day job, which is even more challenging.

Tell us about life as a single mother of four and what is your advice for women in your shoes?

Being a single mum has been one of the most challenging roles in my life. It is a situation that nobody desires, but when life happens, you take it as it comes and move on. I always tell everyone it is not easy, so stop labeling any woman or a mother that is nurturing her children on her own. It is not a disease; it is a state of being. You can’t label people just because they are single, married, divorced, aged, coloured or whatever. We just have to treat everyone like the unique individuals they are. I don’t consider myself different because I am a woman. I consider myself hardworking and a human being; it is not really about my gender. It is tough raising children on your own or being a single mum, but life throws different kinds of challenges on our way. So, the best to do is know your situation, deal with it and live above it.

Would you give love another chance and could you describe your ideal man?

I am a hopeless romantic. Until you are dead, you can never stop believing. I’m believing God for a second chance and trusting that everything will work out at its own time. I am not in a rush; I just want everything to happen, as it should. So, of course, I want to give love another chance. My ideal man has changed from when I was much younger. Now, I would really, really want to get together with a man that is extremely adventurous, that loves nature, that loves God above everything and also would love my children. I am talking about a man that knows who he is so he doesn’t get swallowed by my ‘mild, huge personality’ (laughter). I am about physical features but I don’t like fat men, though. I don’t mind somebody that is very athletic, because if he is keeping fit, that means he is going to help me keep fit too. However, I take all other considerations as I see the person because whatever standard you want, you have to be that standard yourself for it to be worthwhile.

What advice do you have for youngsters who want to take after you?

For every young person that wants to take after me, I will say know yourself from the very beginning. Once you can determine who you are, what you give yourself to or what your focus is, then the sky is the limit. And you can only be the best version of yourself, not another person. Yes, you can imbibe some of their traits or what you think makes them standout, but you as a person must know that you are good enough for your own self. And push; never let anything tie you down.

What’s the craziest thing a male fan ever did to you?

That was when a male fan ran to me at a public place and screamed my name, shouting, jumping and eventually pushed me to the ground. I was so afraid that day, honestly. I am used to the attention from fans but some of them can be excessive. He was so happy to see me and I fell to the ground with a loud thump! Wow! I don’t want a repeat of that (laughter).

Is any of your kids taking after you?

I allow my children to be themselves and I watch out for their major talents and try to help them grow. I don’t compel them to do this or that. Rather, I listen to them all the time. Some of them are showing traits for media, but I would want them to come in at their own time. As much as I will make myself available, I will be conscious of what their natural gifts are and help them invest in it, and as long as it does not offend God, I will support them.

Any regrets for going into broadcasting?

I have absolutely no regrets. It is something I have always wanted to do. I am living my dream and it is so exciting!

Are you fulfilled? What are your dreams?

Of course, I am fulfilled. Among others, my dream is to have my own production company and eventually producing stuff for TV and radio; that is my bigger dream. I want to have a business empire like Ophra Winfrey; that’s my desire, my dream. Also, I want to travel extensively across the world.