South African rapper, AKA has again come out with a very interesting tweet saying he was paid to promote Coronavirus.

Last year he had posted on his Twitter account that he was paid by the World Health Organisation to announce his results to the public, Wednesday night he came again with another tweet they he was paid to promote Coronavirus. 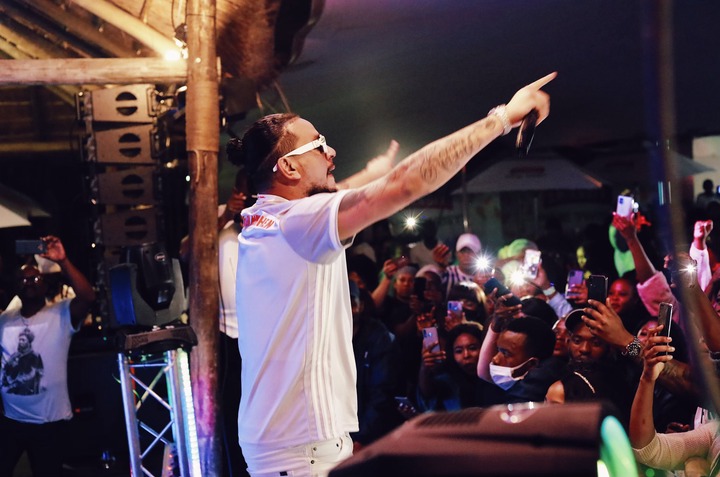 Last year he told his fans that he was paid 55 Million Rands to announce his covid 19 status to the public and that he was paid to promote it. Again on Wednesday night he came with a tweet saying he was paid 10 Million Dollars to pretend like he had corona. He was answering a fan who asked a question.

Fan: “why did you tell people to vote for @CryilRamaphosa, then he stole R500 Billion. Did you benefit from it?”

AKA: “I benefited a lot. Even got paid 10 Million Dollars to pretend I have Covid. Seriously. Not Joking” 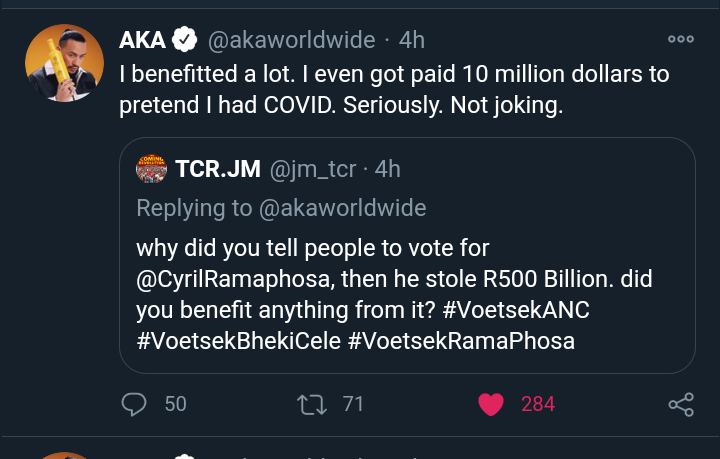 .Is AKA telling the truth or it’s just another publicity stunt to trend, like he always does when he want to trend on social media.

He also told people to vote for Hip Hap Party in 2024, of which is a political party that is not existing or he is planning on opening his political party some time in the future.

Bobrisky   Nigerian male barbie, Bobrisky has demanded for the contacts of a lady who drew the tattoo of BBNaija star, Ka3na after she drank…

A new season of the popular Big Brother Naija reality show is here and fans are ecstatic about this.

Celebrity stylist and fashion entrepreneur Swanky Jerry has been slammed by popular and controversial Instagram blogger, Cutie Julls for reportedly sleeping with a wealthy businessman based…

The ‘One Ticket’ crooner who is celebrating his 27th birthday today, May 1, took to his Instagram page to announce the birth of his twins,…

Celebrity Beach Bods of 2022 Want more content like this? Get Toofab breaking news sent right to your browser!