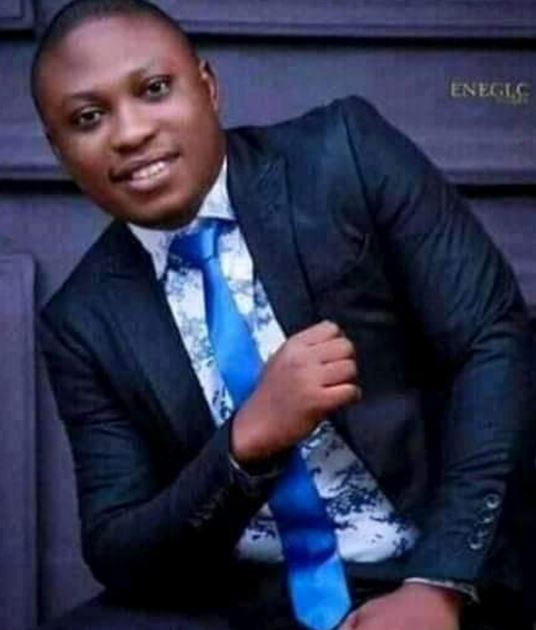 A man who alleged to be a pastor of the Winners Chapel has alleged that he was also dismissed by the church over a low-income generation from his branch in Lagos.

InChristed Michael, who was Abubakar Zubair Michael before he became a pastor, claims he was the pastor of a Winners Chapel branch in Lagos.

He added that he was fired alongside others and the Pastor in charge of Ikorodu, Lagos, who gave them the sack letter said the church is running at a loss to cater to their needs, whereas what they are remitting as income from their branches is “not good enough”.

He added that apart from the over 40 allegedly fired in Ekiti state, 37 pastors were fired in Lagos and 92 were fired in Benue State “because our monthly income we remitted to the account is below what they expected.”

Read what he wrote below. 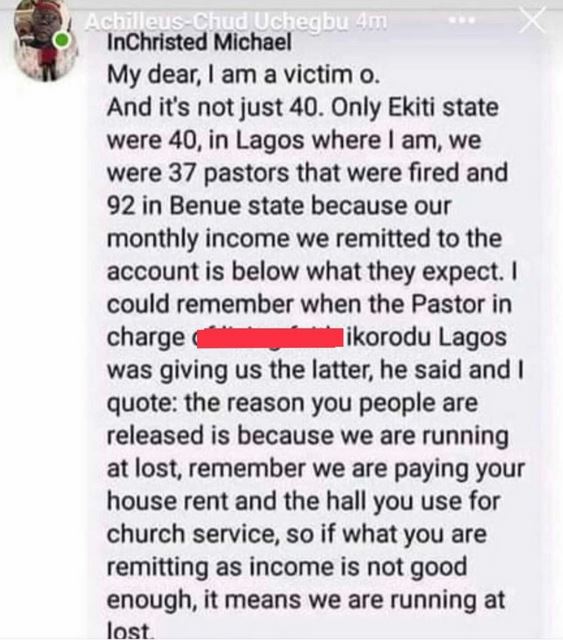