Popular Kumawood actor, Sumsum Ahuofe has reacted to the trending issues surrounding Akuapem Poloo.
Actress Rosemond Brown aka Akuapem Poloo was sentenced to prison for three months for releasing unclad photos of herself and her little boy. 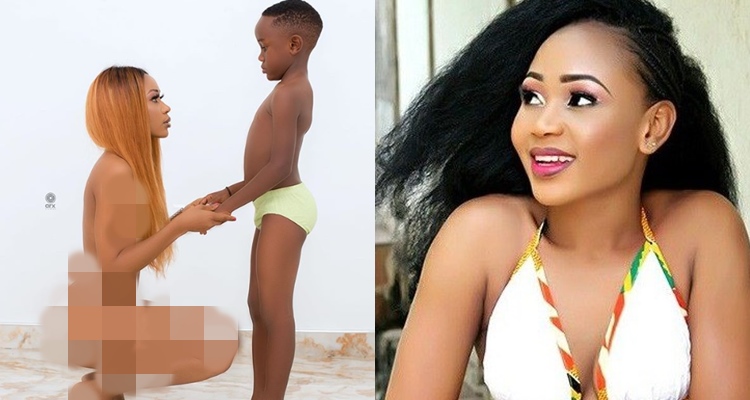 She was convicted and sentenced after pleading guilty to all three charges against her.

After her sentence, a lot of Ghanaians including her colleagues in the showbiz fraternity have petitioned authorities to temper justice with mercy and release the mother of one from prison.

Well, actor Sumsum has also shared his opinion. According to him, Poloo was too stubborn as to the kind of pictures she has been sharing on social media but the punishment given to her is too harsh. He called on public figures such as Kennedy Agyapong and Osei Kwame Despite to come to Poloo’s aid so that the court releases her.