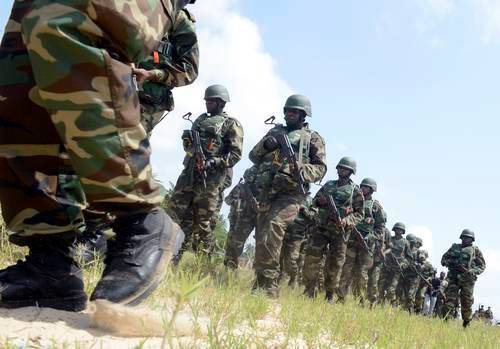 According to a report by Daily Post, the many residents of Akpawfu community, in Nkanu East Local Government Area of Enugu State have fled their homes following an operation by men of the Nigerian Army and other security forces.

A source at Akpawfu disclosed that the gunmen, who had attacked the checkpoints, were said to have entered to the community from the nearby Akpugo, and in the process, one of their Hilux vans summersaulted near St Philip Catholic Church, Akpawfu.

“This must have informed the belief by the military that the gunmen were camped in Akpawfu,” a village source said.

The source claimed that the soldiers came into the community in the early hours of the morning, searching house to house, arresting scores of youths.

They reportedly came in four armoured vehicles and other operational vehicles situated in strategic places within the community, particularly, Agudene village.

Sources within the community disclosed that there is a mass exodus of people, especially the youths from the community.

A village source, who craved anonymity said, “As I’m talking to you, all young men in the community and even women have fled the community as the soldiers claimed that those houses being searched were used as camping grounds by the gunmen.

“For me, I don’t know if that is true. What I know is that the gunmen drove past our community towards Abakaliki.

“Our youths are running away to other towns because we know that the army will see the youths here as targets.”

The Nigerian Army is yet to issue any statement on the operation.