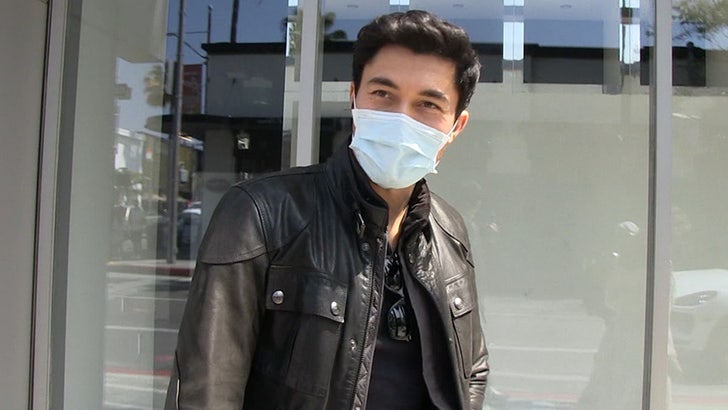 Henry Golding says the latest heinous attack in San Francisco makes it painfully obvious America needs more awareness about Asian hate — but he’s hopeful we can put an end to it.

The “Crazy Rich Asians” star was in Beverly Hills when we asked him about the recent attack on 2 elderly Asian women, which he calls horrific and cowardly.

𝗧𝗥𝗜𝗚𝗚𝗘𝗥 𝗪𝗔𝗥𝗡𝗜𝗡𝗚: after much discussion and debate, I am choosing to show you video I obtained from sources of the two Asian senior women were stabbed along Market Street this week.

This was not an easy decision.

As terrible as that situation was — thankfully, both women survived and a suspect’s been arrested — Henry tells us people are standing up to Asian hate and violence more and more … and he believes it’s making a difference.

Sadly, the harsh reality is that these attacks keep happening, so the actor says there’s still a need to educate loved ones about the dangers and keep spreading awareness. To that point, we also got his take on what Hollywood’s doing to help the movement.

Bottom line — Henry does see a light at the end of the tunnel.