Finally a 21-year-old UNILAG undergraduate, Chidinma has confessed to the killing of Super TV CEO.

She revealed the reason she killed the Chief Executive Officer of Super TV, Usifo Ataga. According to the suspect, they were both drinking and smoking in a lodge which is located in the Lekki area of Lagos State where Usifo Ataga tried to make advances on her.

Chidinma claims that she refused but later agreed after Usifo Ataga became violent. Chidinma further stated that Usifo Ataga noticed that she wasn’t happy, so he decided to approach her in order to know the reason.

“You do not help or assist me with anything, you’re just playing with me around” –  whistlingly Chidinma said. 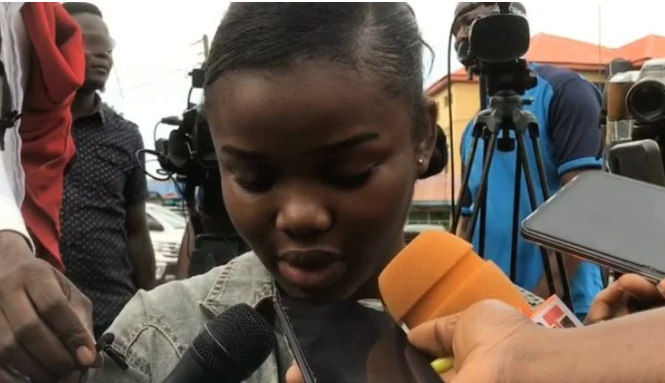 Usifo Ataga gave his ATM card to Chidinma, says she can withdraw any amount she wants but he later turned violent and tried to get to her but she resisted and defended herself. Chidinma said that she was running towards the door through the kitchen but Usifo Ataga never relented.

It was gathered that Chidinma stabbed him with a knife and went ahead to withdrew N380,000 from his account using his ATM card.